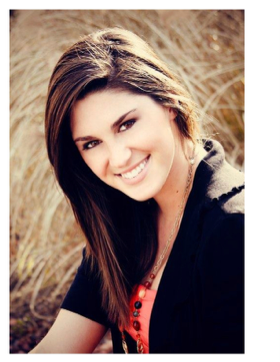 Britten was previously an advocate on InflammatoryBowelDisease.net.

Britten Creasor, 27, has been a Crohn’s warrior since 2012, when she was diagnosed with a severe form of Crohn’s Disease, which presented itself as a perianal abscess. After being diagnosed with Crohn’s, she underwent close to 30 surgeries between 2012-2015 to drain the stubborn abscess that wouldn’t heal. Finally, after numerous hospitalizations, miserable flare ups, multiple medicine changes, and countless surgeries, she realized that enough was enough; she decided to take her life back. In 2015, she chose to have surgery to place a temporary loop ileostomy with hopes that it would help her regain some semblance of normalcy in her life. Nearly a year later, the temporary ileostomy was made permanent, and she was given a new lease on life. After this final surgery, Britten is living a quality of life she never dreamed would be possible without her bag. Life is fun again!

With her fresh perspective, Britten has dedicated herself to sharing her story with the hopes that it will inspire and help others faced with the ups and downs of living with a chronic illness. Through her blog, “Babe With a Bag,” she shares her story in detail, covering everything from getting diagnosed with Crohn’s, finding the right doctor, enjoying the little things, and how much life changes with a chronic illness. She celebrates the small victories, but also acknowledges with honesty the challenges and daily struggles that come with the territory of a chronic disease. Britten’s goal is ultimately to spread awareness of Crohn’s, break the stigma of living with an ostomy, and remind others who are suffering that you are more than just your illness. To learn more about Britten and her Crohn’s journey, follow her on Facebook, Twitter and Instagram.

Click here to read all of Britten's articles on InflammatoryBowelDisease.net.

Crohn’s Fatigue and The Rally