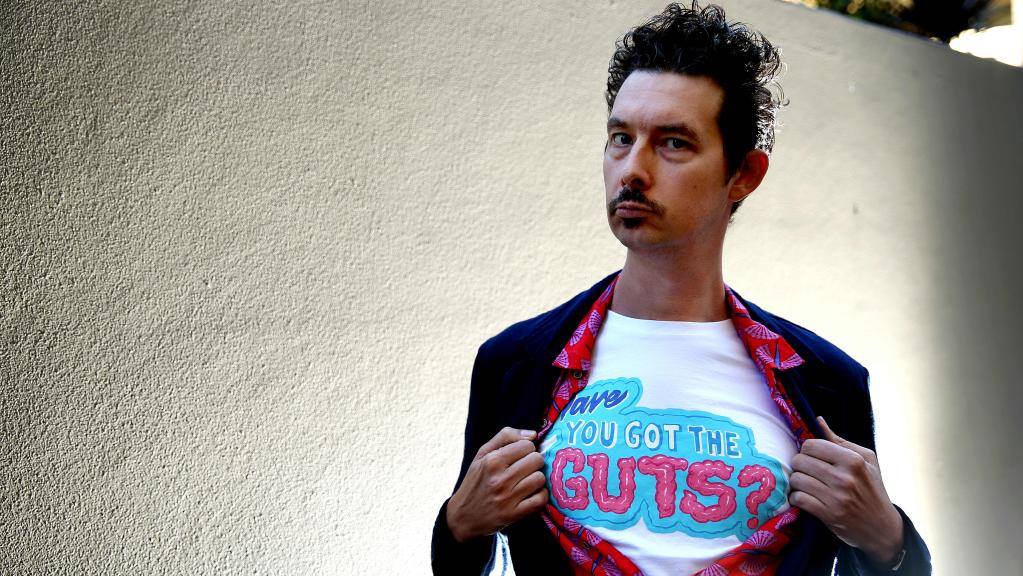 Luke was previously an advocate for InflammatoryBowelDisease.net.

Luke Escombe is a songwriter, musician and comedian from Sydney, Australia who has been living with Crohn’s Disease for 25 years. After having his dreams of rock stardom thwarted by IBD on one too many occasions, Luke decided to turn the tables on his illness and start mining it for inspiration. His 2011 comedy show “Chronic” put his IBD in the spotlight and led to Luke becoming an ambassador for Crohn’s and Colitis Australia and an in-demand keynote speaker at health events around the globe. For all those who say you can’t talk about IBD in the media because it’s not a “sexy” illness, let it be known that Luke is the proud owner of “Sydney’s sexiest man voice”, a title he won in a radio contest in 2011 and defends vigorously every time he takes to the lectern.

Since beginning his journey as a health advocate, Luke has become an ostomate, a father, and the creator of an award-winning kid’s show called The Vegetable Plot, in that order. He lives on Sydney’s Northern Beaches with his wife Kamilla and son Harry. He was described by John Shand in the Sydney Morning Herald as a “rock-soul singer, raconteur, blistering blues guitarist, comedian and songwriter, and very good at them all”, and is most often described by himself as the Mick Jagger of inflammatory bowel disease.

Click here to read all of Luke's articles on InflammatoryBowelDisease.net.