Crohn’s Disease Treatments By the Numbers

Those with Crohn’s disease have to experience and manage a myriad of symptoms, often leveraging multiple types of treatments during their journey. These numbers will come as no surprise to those with Crohn’s who face such frustrations and feel like they are constantly juggling medications, but they’ll be especially informative to those unfamiliar with the significance of this disease. 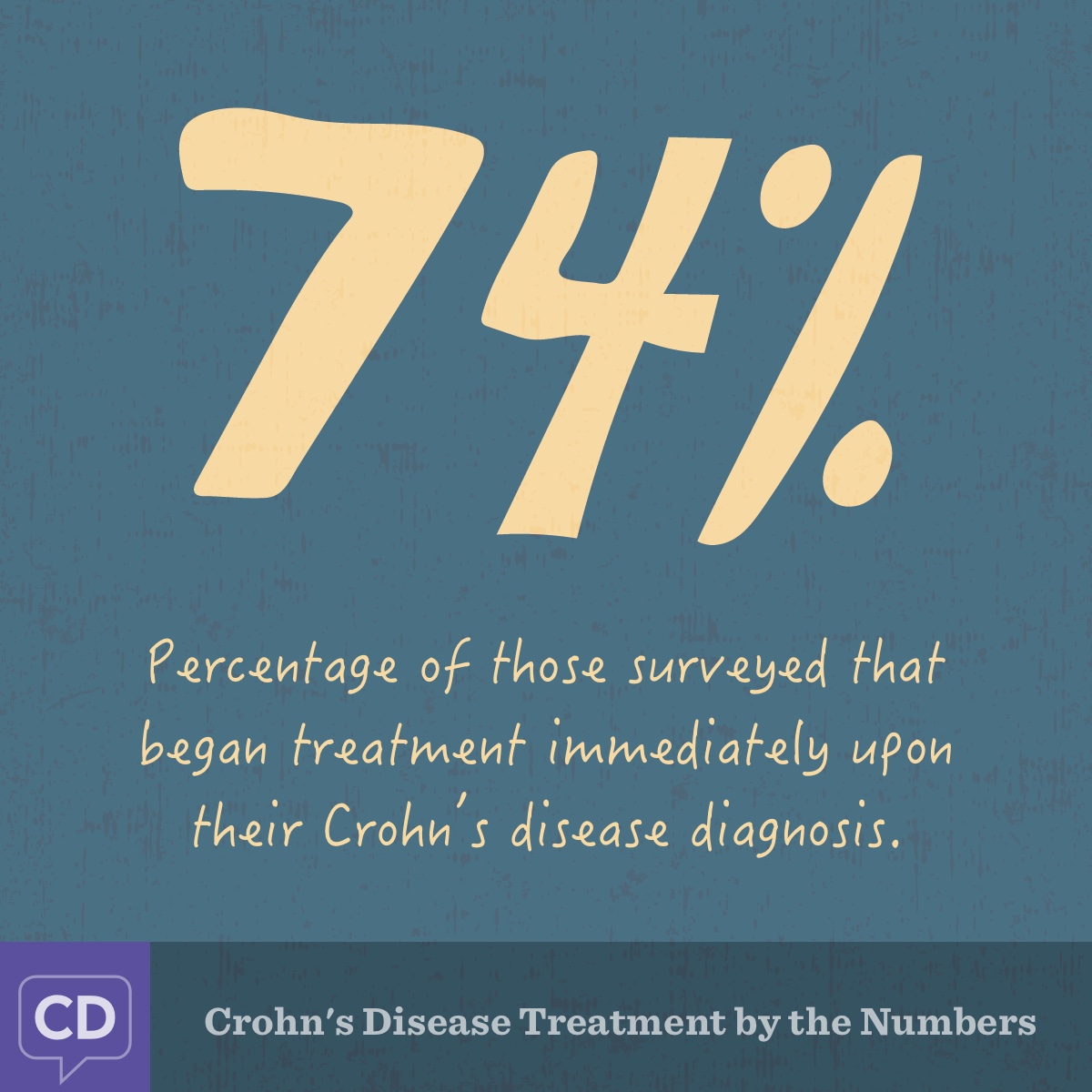 74%
Of those surveyed began treatment immediately upon their Crohn’s disease diagnosis. 4% waited more than 6 months and only 2% at the time of data collection had not started treatment yet.

Only ½
Of those surveyed were satisfied with their current Crohn’s treatment plan (51%) and 17% were dissatisfied; the remaining 32% were neutral. With that, 46% were at least somewhat likely to change their treatment plan within the next year.

2,018 Crohn’s disease patients
Completed the online Crohn’s Disease in America 2016 survey, which gathered insights about their symptoms and diagnosis journey, as well as their quality of life and treatment experience.

Over ½
Of individuals surveyed have been using their current Crohn’s disease treatment plan less than 2 years (55%); 23% for more than 5 years.

9 out of 10
Individuals have used corticosteroids/steroids at some time for treating their Crohn’s; with 19% using at the time of the survey. 99% of steroid users had used oral steroids, and almost half had an IV infusion (47%). Whereas, rectal suppositories had only been used by 17% and rectal foam by 8%. 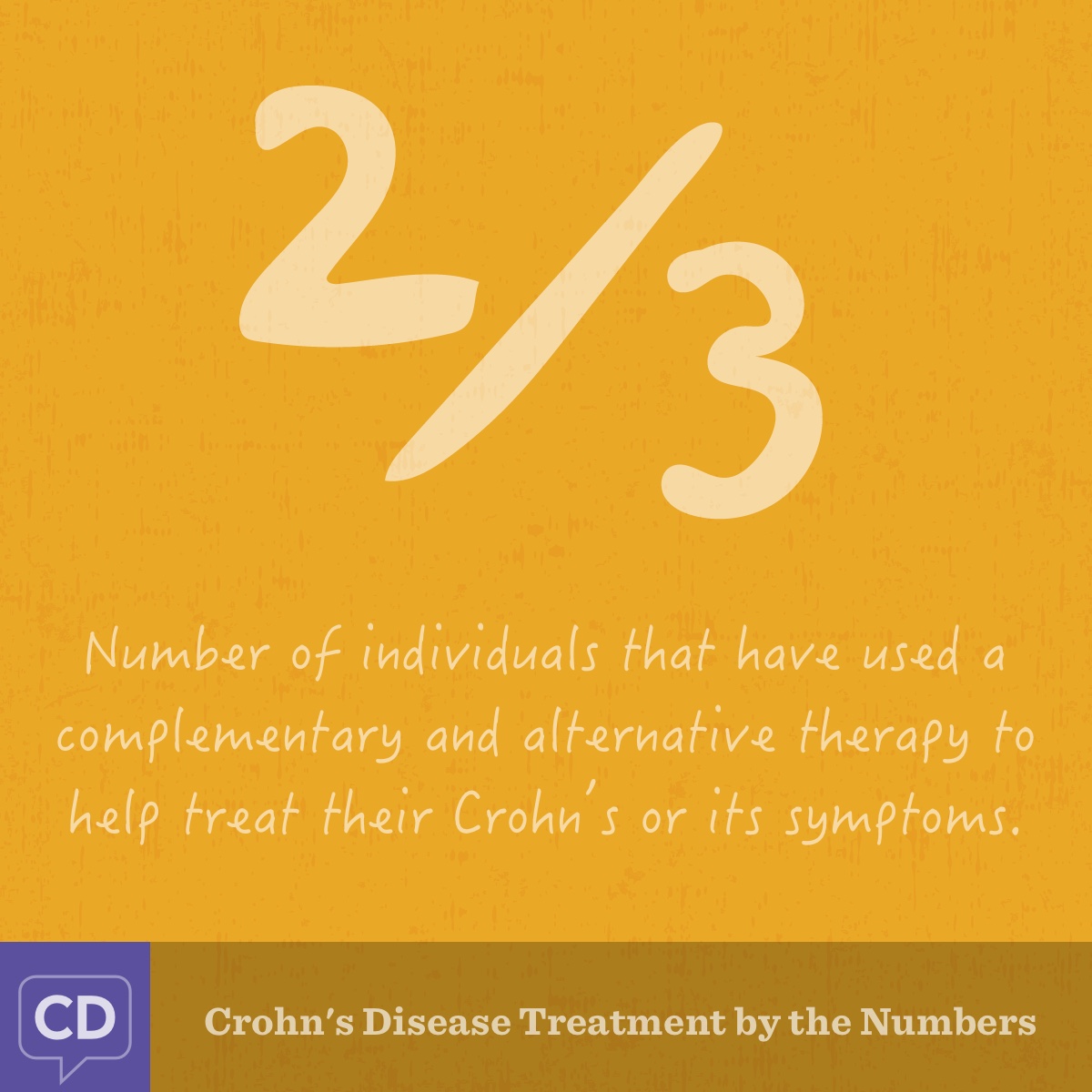 Over $1,000
Is spent each year out of pocket by over half of individuals for Crohn’s treatments (62%); with 4% spending over $10,000. Cost is a factor in treatment selection and usage, with 57% indicating that Crohn’s has had a financial impact on their life to at least a moderate extent. With 51% avoiding a medication because of cost at some time in their journey, it’s surprising that only 49% have used a manufacturer-sponsored financial support program and 41% have used a third-party co-pay assistance program to help pay for their Crohn’s medications.

Over 70%
Of those surveyed have either avoided or stopped using a Crohn’s disease medication due to side effects (76% and 74% respectively).

More than 1/4
Of those surveyed were aware of new medications which may be coming out soon to treat Crohn’s (27%). 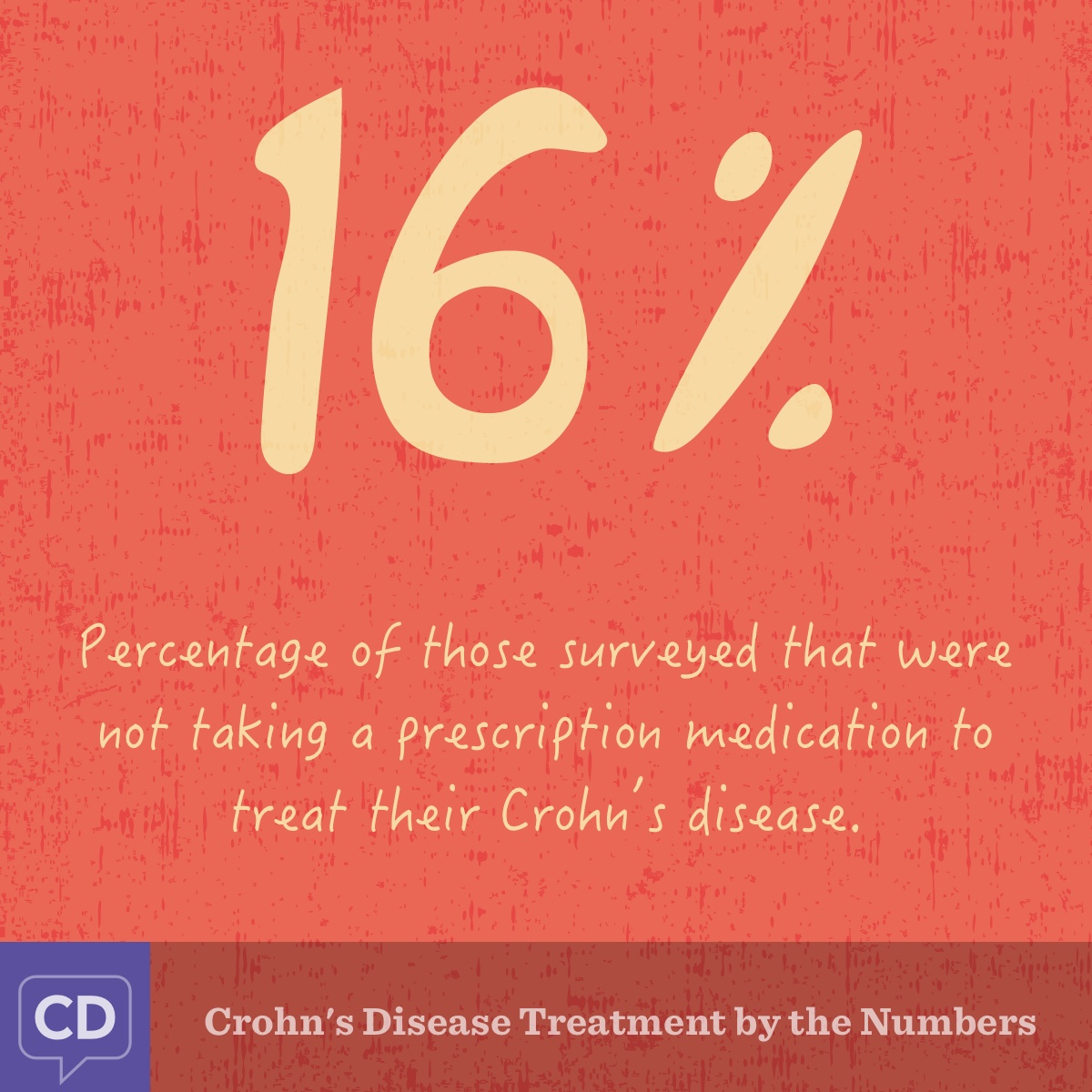 58%
Of individuals have had surgery for their Crohn’s symptoms or complications. Bowel resection was the most common surgical procedure employed (77% of those having surgery), while proctocolectomy was the least employed (10%). Surgery was rated as above average for its effectiveness in treating their Crohn’s (5.3 on a 7 point scale).

There is no risk-free guarantee when it comes to treating IBD, but as awareness increases and research continues, we’re sure to make strides toward not only addressing symptoms, but eventually, hopefully, curing the disease.