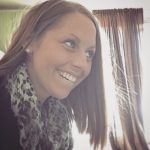 “We tend to not see people as they really are but as they fit into our rules, boundaries and definitions. Burn these to the ground and you’ll begin to see others in the pure light of honesty and who they really are.”

Living with any type of illness, you realize pretty quickly that friendships are a lot like storms; many come in waves, whether it’s support or not and often when you least expect them. How do you manage when people can’t decide whether they want to stay in your life? If you find yourself asking this question out loud, you’ve found the answer, my friends. It’s time to leave, presumably before they drop you first.

Now don’t get me wrong, please read that last sentence in the following context: how often, when I’ve been sick, have people left? There’s always been a One Tree Hill episode that’s resonated with me where Payton uses art to portray all of the important people in her life who have left her. It’s 4 squares of transitioning stop lights & the last box has all three lights lit red that reads “People Always Leave”. The first time I saw that episode, I remember having a real come to Jesus moment and in all honesty, it broke me. I could relate so much.

The people who visited during a scary hospitalization

From the time of my first very scary hospitalization at 16 that eventually led to my diagnosis, people did one of two things – came to visit me to share their support and kind words or – didn’t come at all. Those people, I would come to find, had many reasons for doing (or not doing) so.

For some, I believe it was fear, a type of self-protection almost. As long as they didn’t have to see physically what was going on with me, they were blissfully unaffected. A lot of close family and friends didn’t know how to deal with me being in such a fragile state, especially seeing me after they thought they never would again. I believe this has affected some of the relationships in my life.

Anyone who goes through a serious health crisis and is forced to say a “maybe goodbye” is never the same from that moment.

A friend with chronic illness

“We tend to not see people as they really are but as they fit into our rules, boundaries, and definitions.” If you’ve been there, some might go as far as to say a friend with illness can sometimes only be a friend of convenience. Let’s add some uncomfortableness to the situation and say you also have a great friend with a serious illness. Awesome, right?! Of course, it’s a gratifying feeling to have someone truly believe you, as they’ve lived through many similar things, but also how many things, including friendships, have affected your life since any patient’s diagnosis.

Let’s add another wrench in this situation – one friend is in remission from their disease and the other has been on and off sick, in and out of the hospital and not exactly what you would call dependable. (There’s that word that people love to throw around at us- dependable!) When you’re in remission, getting back to starting your life where you had left off, doing amazing things… it’s hard for any patient that is going through surgery, hospitalizations and immobile from all things outside of a clinic setting.

Sharing about illness on social media

When you’re back in the groove, living your best days, let’s be honest – the last thing you want to do is scroll through your social media/newsfeed and see a ton of “depressing” pictures that remind you of days gone by, or possibly, days ahead. But then the guilt sinks in – that really good friend, sitting in a hospital bed, feeling isolated, scared, alone.. how do you balance all of this? What’s the healthiest approach that you take when you are in either of these situations?

For me, balance is still something I strive for every single day. I make sure that my feeds are not pity-parties, but when I do post, I am authentic. I definitely don’t use as much detail as I did a few years ago to protect my own privacy and because I don’t want to be fully consumed by living in a world surrounded by illness since I already am surrounded by reminders at home like medicine bottles, machines for respiratory support and assistive devices… it’s necessary for my mental health to take a break.

At one point this past winter, I averaged at least 3 doctor appointments weekly because of testing and studies and follow-ups I had been doing with several care teams. Typically in the past, I might throw up a picture of waiting rooms or hospital rooms or testing images. But I hit a hard wall not wanting to acknowledge any of the things that were happening to me and acknowledging this made me really think that I would lose friends or support quickly (for those that don’t follow me for healthcare purposes).

Validation and support from others

I can’t say I’ve ever been in social media for the “likes” but there came a day 2 years ago when I shared something extremely important to me and a huge milestone that I had accomplished and there was no response. That’s human nature now – to post things to feel validated, right!? I felt sad and in many ways, I felt that both old and new “friends” thought I was old news, especially after my first half-marathon when I received a lot of support. I think many people thought “Well if she can recover from surgery & go run a half-marathon, surely she’s better and life has obviously turned around for her!”

Except every time I’ve had a setback, or a friend has had a major set back, guilt and sadness kicks in and all I can see is Payton’s comic strip… “People always leave.”

Being a public advocate, friends without illness can find that “unfollow” button extremely handy when they want to. I don’t want to be seen only as my illness, but how do I balance that publicly when that’s my passion? How do I get others to see that their friendship is more important than my illness, but also make them understand the seriousness of it?

The importance of empathy

When you hear a friend dealing with any kind of illness, please take a moment and empathize. When they cancel, when they can’t commit and when they aren’t well enough to do fun things with a group, we go from being dependable to expendable.

“Burn these to the ground and you’ll begin to see others in the pure light of honesty and who they really are.” If you have friends or family that simply do not understand the meaning of “I’m sorry, I cant today”, do yourself a favor and exclude those people from your inner circle. You need support that will be there for you.