Disney with A Disability 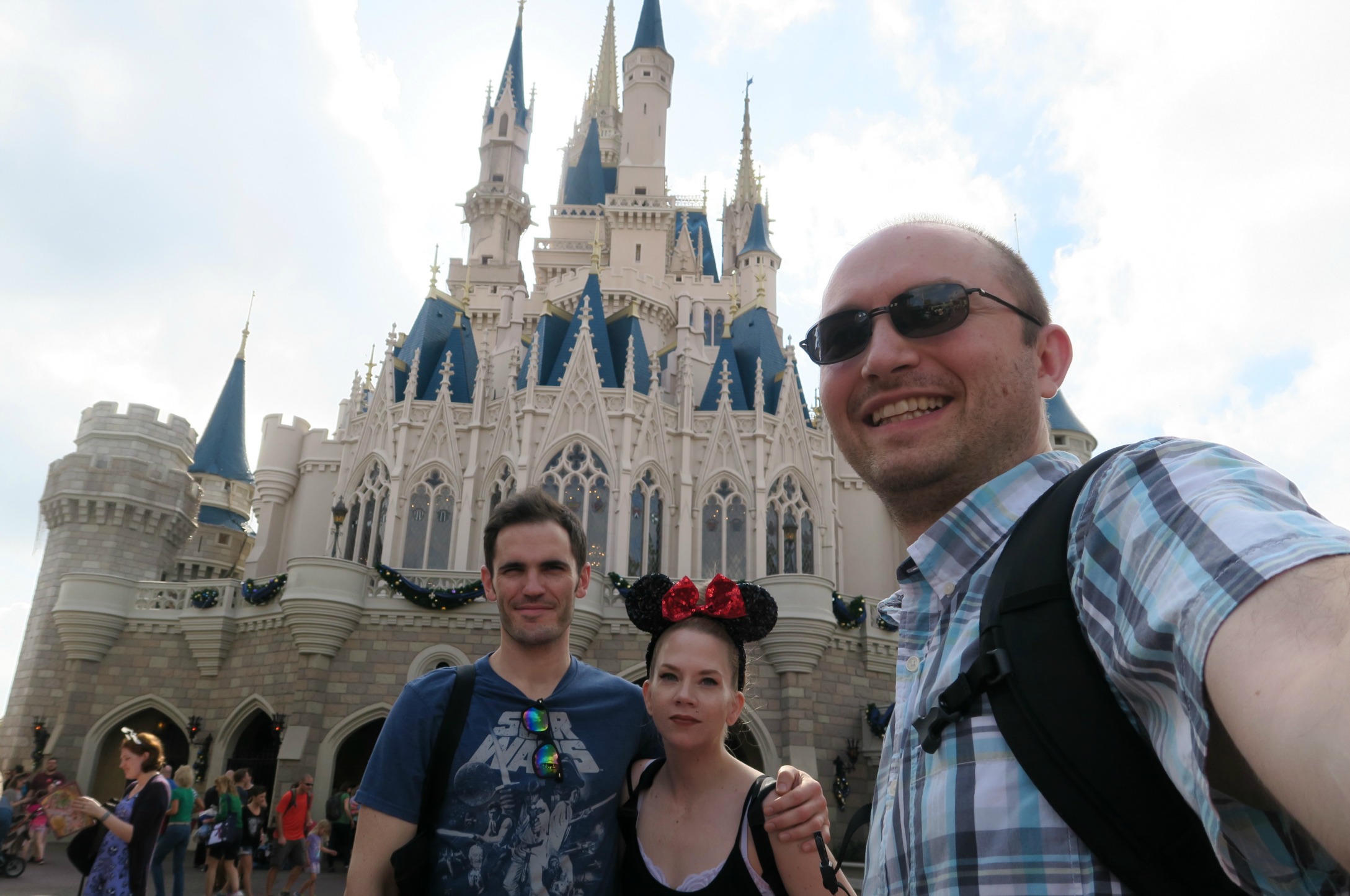 My boyfriend, me, and our friend at Disney. All of us have Crohn's.

We all have different ways in which Crohn's disease or ulcerative colitis affect us. Some of us are currently living with mild and well-controlled disease while others are living with severe disease that is not in remission currently. Because of this our experiences in a large theme park like Disney World would naturally be different.

I can only write this from my perspective; as a patient who has had severe Crohn’s disease, multiple surgeries, and lives with another debilitating illness that affects me even more than Crohn’s disease does currently.

Disability passes and dealing with urgency at Disney World

Just like Universal, patients with IBD can get a disability pass at Disney World. The process is a little more intense in that they take your picture and ask you more questions but otherwise it’s pretty similar. You will get your pass at Guest Services once you enter the park.

Unfortunately I did not find the pass to help much and neither did my friends who were with me who also have Crohn’s disease. You go up to the person at the front of the line for the ride you want to get on and they write down a time for you to come back (usually an hour or more later) and then when you come back they let you into the Fast Pass line but we found that there were so many people in that line that we waited a long time in it. This meant double the waiting!

At Universal we were allowed to get in the line for disabilities immediately and it was never more than a 5-10 minute wait. At Disney it was a long time standing in line which does not work if you have urgency!

This system may work for patients with other disabilities but it does not work for someone with active IBD who needs a restroom urgently because you are trapped in a long winding line of people. It also means a lot of standing on your feet so if you deal with pain or have arthritis this is difficult. The line is really not “fast” at all.

Using a wheelchair while at Disney

Disney is HUGE! This is something to keep in mind if you are wanting to visit and your health is not doing well. We went to Magic Kingdom first and before we even entered there were so many people that we were packed in like sardines waiting to board a boat to take us to the entrance. Then we rode the boat with tons of people, waited in a long line to get past ticketing, and then waited at Guest Services to get our disability passes. I was tired and over it before we had even done anything!

I needed a wheelchair because I was having a very hard day. My arthritis was bothering me so much that I was having a very hard time walking. I recently had some abnormal x-rays come back in my hip bones and spine and have to get an MRI in a few days to see what is wrong, but I’ve been dealing with severe pain for months now. Not only that but I was having severe abdominal pain caused by my other disease, Chronic Intestinal Pseudo-obstruction. Because of all of this I required a wheelchair to make it through the day.

Disney makes you pay for the wheelchair and it isn’t cheap! What the heck. I did not like that at all.

How many days is good to stay at Disney?

Like I said, Disney World is a big place. I would not recommend doing more than one park a day because they are big parks and they are spread over a lot of land. We were so disappointed at Magic Kingdom that we decided to leave and go to Hollywood Studios which was about a 20 minute bus ride away and that’s after you leave the park and walk to the bus.

I recommend that if you want to go to more than one of their parks that you do one per day. We had free tickets to go but only for one day so we tried to do many parks in one day which wasn’t easy. Plan on walking A LOT no matter whether you just do one park a day or do more than that.

Another thing that was difficult was finding a place to sit down and rest. The crowds are massive and constantly moving and we needed to take breaks often and sit down and rest. Disney did not have benches around (at least in the part that we were in) and so we ended up sitting down on the sidewalk with our backs up against a store. This was not the most comfortable.

How do you find a bathroom at Disney?

Just like at Universal Studios, Disney World has an app you can download to your phone that will show you a map of the park and where all the bathrooms are. It also has GPS that will guide you right to them. That is pretty helpful!

Disney World is in Orlando which is usually hot and sunny. We were there in mid December and it was in the 80′s and sunny. Remember to wear sunscreen and plan for this. I tend to get more worn down and tired in hot temperatures. It’s also important to stay hydrated because you’ll be walking a lot and also be in the sun. There are plenty of places to eat but it’s all very expensive and you usually have to wait to get in.

My overall impressions of Disney

I’m not a Disney fan to begin with but I know some people really are. I just did not see any “magic” in being in huge crowds in the sun having to wait in long lines and pay tons of money. None of us were impressed with Disney World, especially after having such an amazing day at Universal Studios.

In my opinion, the rides and attractions at Disney are outdated and will not impress anyone over the age of 10. Disney World was not very accommodating to disabilities, even with the pass. We still had to stand for a long time and wait in long lines and I was sad that we paid so much for a wheelchair when it should be free for people who need it.

I think that the huge crowds and the huge parks were just really difficult for me personally and where my health is at right now. However if you are currently in a place where your health can handle it you may have the time of your life. Who knows!

Common IBD Diagnostics and Exams and How They Disrupt Life