To the Train Station Employee who Wouldn’t Acknowledge my Disability Ticket:

I’ve been in a long distance relationship for a couple years now and I ride the train fairly frequently because the 5 hour drive between our houses is more than I can do most times.

It’s a whole process being young and getting people to take your condition seriously when you have severe chronic illnesses. I have Crohn’s disease and I also have a rare, disabling disease called Chronic Intestinal Pseudo-obstruction (CIPO) which means that I chronically have the clinical symptoms and radiographic imaging of a bowel obstruction in the absence of a mechanical lesion. Put simply, it means my whole system has digestive tract paralysis caused by visceral neuropathy, impairing the movement of food, fluid, and air through my body. This combined with Crohn’s disease has made daily life quite a challenge more often than not.

This is only a portion of the problems that exist in me internally.

Seriously though, because I am young and don’t always look like walking death people do not take my disability seriously. Once while traveling - a day after being discharged from the hospital - to meet some friends I had met online who also have IBD, I got met with a nasty look from a girl standing in the security line ahead of me. When we made eye contact she said “at least I don’t throw up my food!” and turned around sharply. I assume this was because I was very underweight at the time and had just gotten off TPN. So yes, there are times where my illness shows on the outside but normally people do not assume that I am sick; they assume I have an eating disorder or something else. I don’t walk around with my surgery scars showing or flashing my PICC line or feeding tubes (when I have them) at everyone around me, so people can’t grasp that I have a severe medical condition and need assistance because they can't see with their eyes anything that indicates I am sick.

The Train Station that Always Gives Me a Difficult Time 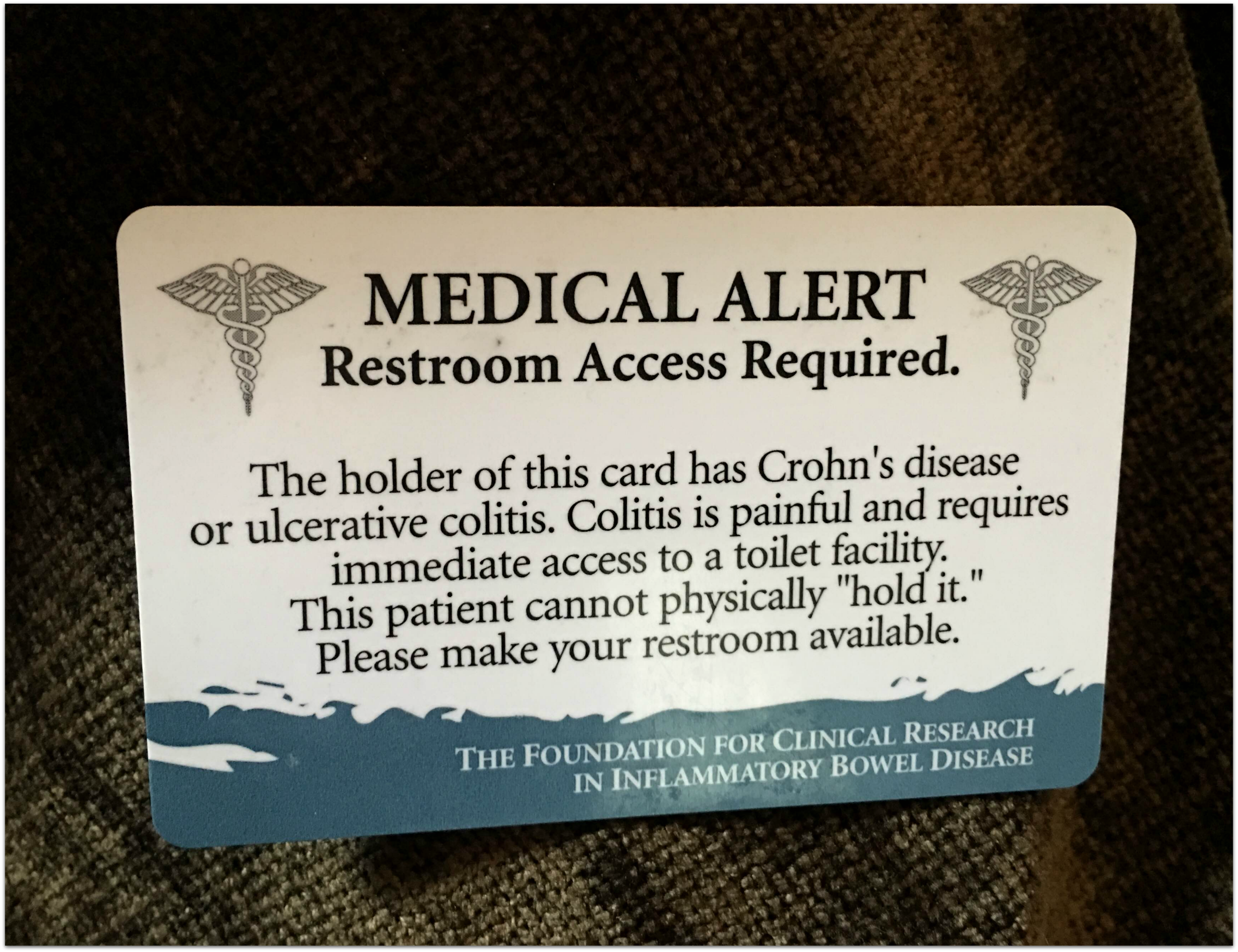 On this particular day I was looking pretty put together because I hadn’t seen my bae for a few weeks and I wanted to look cute when he picked me up from the train station. I woke myself up early and got ready and chose to wear a summer dress. I was running late and there was a huge long line waiting for the train when I arrived at the station. In order for me to travel by train, I order a disability ticket and I also carry my medical alert card. Still, every single time I take the train this company gives me a hard time about the small assistance I ask for and they question my disability constantly.

I usually just arrive at the station early and sit down right where the train boards so that I am at the front of the line and can board first and get the disability seat near the bathroom. On this morning since I was running late I arrived and I saw the long line and knew that I would never get a seat near the bathroom and I also knew that I was incapable of standing in line for a long time (the train was running late). It’s difficult for me to travel. Due to my constant bowel obstruction symptoms caused by failing peristalsis, I am in chronic pain and have a lot of trouble standing. There was no way I could stand in line and hope to get the disability seat. Even though there are marked seats in the train that are supposed to be reserved for people with disabilities people just sit there anyway and they are not left open, so I knew by the time I got on the train none would be left.

Because I could not stand in the line and because I needed to make sure I got the disability seat (that I paid for) I went into the station to ask a simple question: Is there a way I can jump to the head of the line and board the train first? I explained that I had a medical disability and he then checked my ticket but then told me that since I didn’t explain the kind of assistance I needed when I purchased the ticket that he couldn’t do anything to help me. I knew that wasn't true, I have been traveling by this train for years and have never had to do that before this. He has to help me.

I told him again how I can’t stand for long periods of time and wait in the line and that I needed to sit near the bathroom on the train. Over and over he told me there was nothing he could do to help me and that I would have to go stand in the back of the line.

But that isn’t true!

He had to help me, there are rules and laws in place that say so. I told him more about myself in a kind way. I explained to him that I was just in the hospital and that I have 2 severe illnesses. I told him about the surgeries to remove my colon and so on. I would not give up until he let me skip to the front of the line. I would have made a scene, told him I would report this discrimination, and so on. If I wasn't wearing a dress I would have even lifted my shirt to show him the big scar on my abdomen that has been cut open a few times for life-saving surgeries. I would not have given up!

Finally after going back and forth and with a lot of persistence from myself (I am always kind, just persistent), he allowed me to go to a special area that would allow me to board the train first. He also changed the way he talked to me and got a lot nicer from that point and even told me he would help me out if I had any trouble getting on and getting the seat I needed. It was nice that he became a lot more helpful but I shouldn't have had to go through all of that for it to happen.

To the Train Station Employee who Wouldn’t Acknowledge my Disability Ticket...

I know I titled this entry as 'To the Train Station Employee who Wouldn't Acknowledge my Disability Ticket,' but I'm not here to write a letter to him. Writing an imaginary letter online wouldn't do anything to better my situation. What did make my situation better was being able to advocate for myself. As a person living with a chronic illness chances are that you will be faced with a circumstance where you will need to advocate for yourself at least once.

I go through this situation almost every time I use this particular train company. The employees look at me and give me a lot of trouble when I step up to the area where you can pre-board the train. I have to explain myself over and over again and prove that I have a disability ticket and show my medical alert card and they are not very nice or helpful. I’ve even had people in line tell me that I can’t go to the pre-board area because it’s for Senior citizens and people with disabilities because they can't grasp that I have a disability and they think I am just trying to cut in line.

Disabilities don’t just happen to old people. They do not discriminate. Sure I would love to live in a world where more people understood that, but I totally accept that I don't live in that kind of world. I will not walk around feeling like a victim, rather I will just stand up for myself and advocate for my situation when I need to. I hope you will too.

Something I’m Embarrassed to talk about: My Teeth.

My experience of chronic fatigue

6 comments
This article represents the opinions, thoughts, and experiences of the author; none of this content has been paid for by any advertiser. The InflammatoryBowelDisease.net team does not recommend or endorse any products or treatments discussed herein. Learn more about how we maintain editorial integrity here.