David and I had been dating for about a year and a half. Though we hadn’t really been dating for very long, we’d already been through some pretty major crises. The biggest of those being my ulcerative colitis diagnosis.

Disclosing health issues to a significant other

It wasn’t easy telling him about my mysterious ailments, but I did. I had dated guys before who couldn’t handle my allergies and hypoglycemia. “You’re too sick all the time, Amber!” they would complain. I was sure David would be the same. If those guys couldn’t handle minor issues, how could David tolerate a major chronic illness?

Well, thankfully, he did tolerate it. Seven months after I was diagnosed, we took a trip together to Monteagle, Tennessee where his family has a cabin. It was the weekend after my 27th birthday and we were going to celebrate with hiking through the mountains and viewing the majestic waterfalls in the area. Little did I know, David had bigger plans in mind for me.

A flare during a trip away together

I was in remission by this point, but when we got to the cabin, I started feeling bad. The BM frequency increased and the GI bleeds began. Every time I moved I had to run to the bathroom. I was nauseated and miserable. Discouraged by my disease’s terrible timing, David still took care of me. He ran to the store and bought foods that were easily digested along with chicken broth to ensure that I stayed hydrated.

I was in bed for a large portion of the trip. David had bought a new camera for the trip, so he was busying himself with trying to figure out how to use it. He was giving the viewer a “tour” of the cabin in the other room while I was lying in bed trying to rest. I didn’t even want to move, so I let him do his own thing.

David set up his video camera in the library and was going through some old books when suddenly, a small sheet of old, yellowed paper fell out from between some pages. It had what appeared to be a child’s handwriting in purple crayon on it. 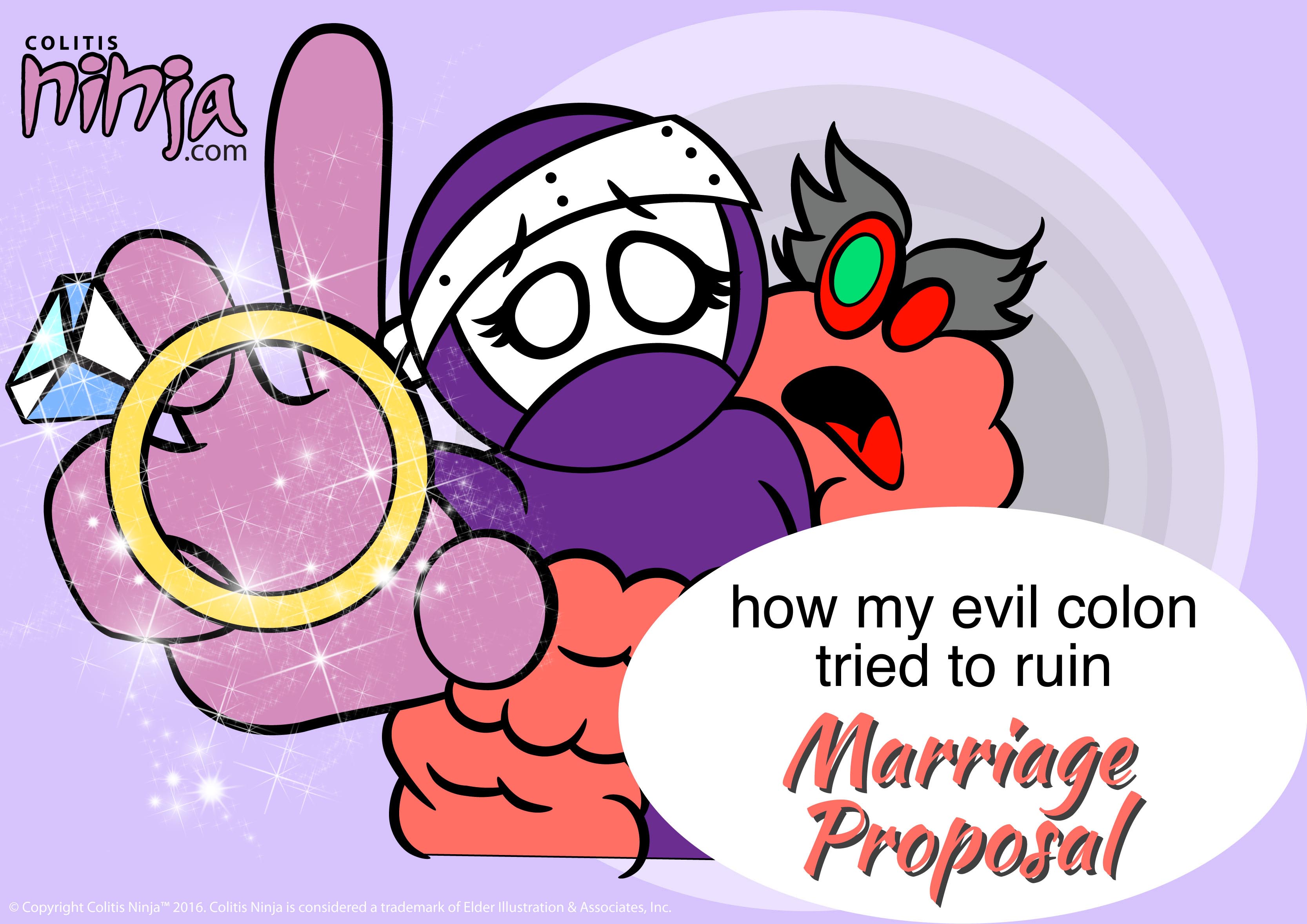 My boyfriends intentions to propose

Rewind to four months previously in April (that’s two months after I was diagnosed). David had devised an elaborate plan to propose to me. The premise was that there was a legend in his family of his grandmother (named Honey) hiding a broach that belonged to her mother, his great-grandmother (Moo-Moo). According to the legend, she had left clues all over the cabin that supposedly led to the treasure she had hidden. David and his brothers had spent their entire lives searching for it.

Every now and then, David would make comments about it. We even went to breakfast one morning with his parents who validated this story. Like any good legend, there were skeptics and believers alike. There was debate over whether or not the story was actually true. His father claimed it was ridiculous and was probably just a toy, while his mother thought it could be quite possible. I was intrigued by it, but I never thought much about it...David, however, had meticulously thought out every detail...

10 Things it's Okay to do During a Flare-Up

What it Means to Live With a Chronic Illness

Have you completed the IBD in America survey? Answer poll for survey link.