How to Respond When Others Just Don’t “Get It” 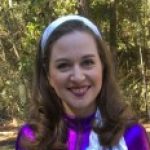 One of the many complaints people living with chronic illness have is that their friends and loved ones just can’t grasp the concept of a chronic illness. They don’t understand that even the smallest tasks will wear us out! With our bodies putting most of their energy into fighting our diseases, we only have a small amount of energy left to get up in the morning, take a shower and live our lives. But this is a hard concept to explain to healthy people. Here, are several ways for you to deal with some of the more hurtful and frustrating comments. 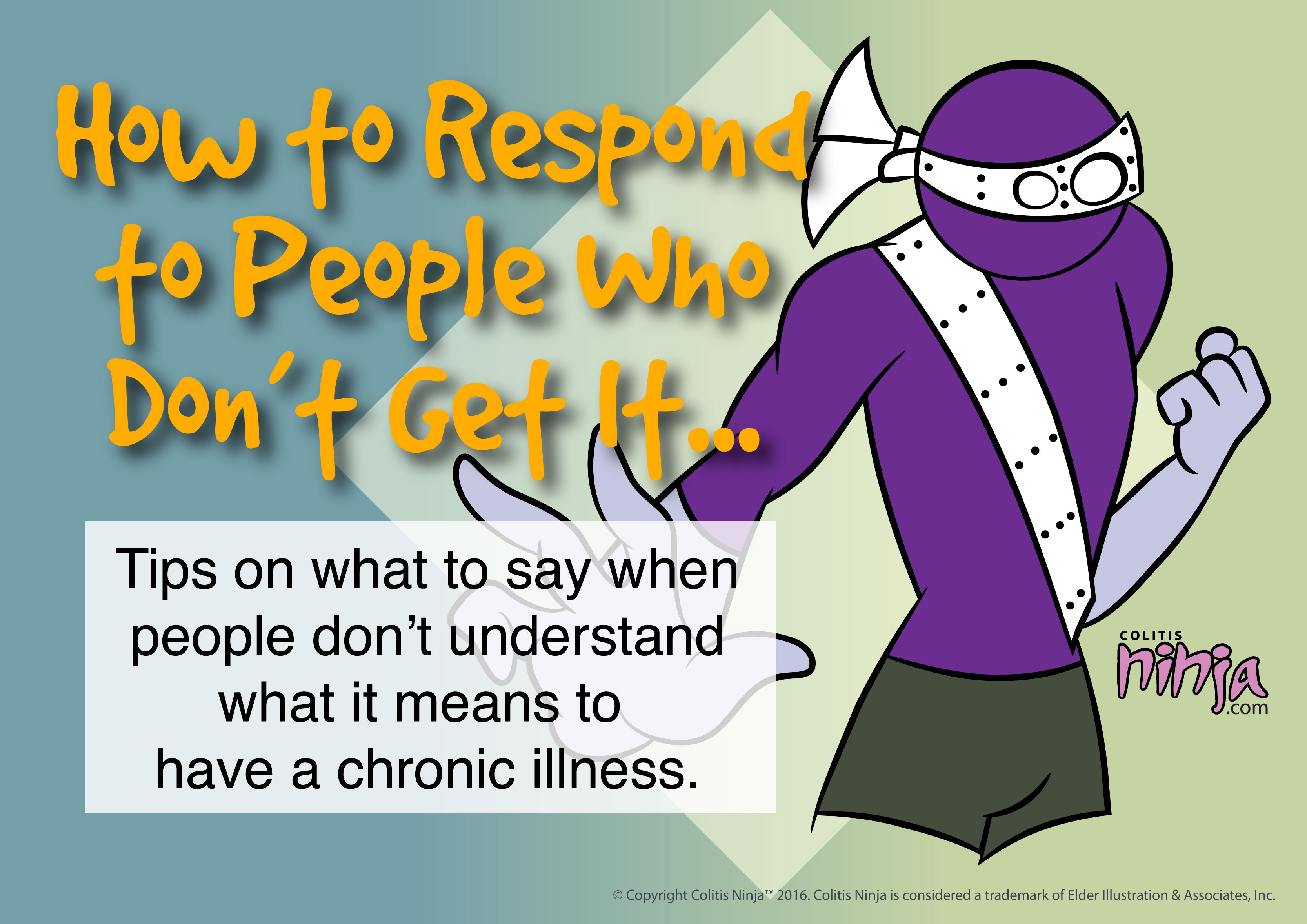 “You don’t look sick… you look great! You’ve gained weight. You needed some meat on your bones.”

First, you must remember that comments like this are often meant to be helpful and complimentary. Not easy, I know. Sometimes you just want to hit them in the face… but don’t do that. That would be the opposite of what you’re trying to accomplish! You can use this as an educational opportunity. Some things you might say are as follows…

This is one of the most annoying comments. I have found these comments to be snarky. I am sure, however, that some of them are meant to give you a different perspective… Whatever tone they’re given in, here are a few ways you can respond…

“You know, if you got out and exercised, you might feel better.”

I also hate this comment. I know that many of the comments like this one are also meant to be helpful. But it’s hard not to be frustrated when you hear this one because many people are physically active before they’re diagnosed. I was! I was a dedicated student of Shotokan karate. So how do you respond?

“You’re so skinny! Are you anorexic or something? Go eat a burger!”

I’ve always hated this comment, too. People don’t understand that when you have a chronic illness food can be torturous. Keeping weight on is difficult when food either runs right through you or comes back up. They also don’t understand that our bodies just don’t tolerate certain foods… as if this wasn’t annoying enough, their lack of understanding is only worse and it can make you feel bad about yourself. How do you respond?

“Gah! I wish I was as sick as you so I could lose a few pounds…”

This line is usually said out of envy and really, there’s only one response you can give that will set them straight…

Another line that can rub a lot of us the wrong way. The thing about this one is that people are attempting to empathize. And a stomach bug is the best way they know how. The way you might respond to that is by affirming the pain of the stomach bug, and explaining it further…

“Have you tried ____? My cousin’s friend’s grandpa’s nephew did and he’s doing much better/is cured!”

Again, this is another attempt at trying to be helpful. But it is something that we’ve heard over and over again to the point where it gets annoying. It could be a diet. It could be a supplement. Or it could be a crazy home remedy that’s supposed to heal you. We all know that there isn’t a cure for IBD, but the fact is, the people saying these things don’t realize that. How do you handle this one?

The last thing I want to say in regards to how you respond to people who don’t get it, is that you always, always, always want to do your best to be kind. Most people aren’t trying to upset you. Most people don’t say things out of malice. You will get frustrated with people. They will make you want to yell at them… but again, most of them say things without thinking. Whatever you say in response, try to turn the situation into an opportunity for you to educate them. The sad truth is you can’t make everyone understand… but some people might surprise you. It just takes patience and a willingness to be open, honest and real with them.