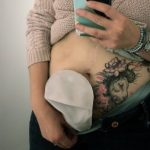 We are born boy or girl, we are raised with certain standards, we see ourselves through the definition of our parents and then through our own eyes. We aren’t told how fluid and fickle identity is. We know ourselves a certain way and then occasionally – if you are like me – in an instant (almost) your identity is changed.

At 14 I became a runaway. I had to get to know a new version of “Krystal” and then I got sick. I lost “Krystal” again and I became someone new, someone I can say wasn’t very fun at all.

Pain, vomiting, and weight loss as a teen

As a teen you aren’t really expected to fight for yourself or to take care of yourself. You are supposed to be at home fighting with your parents about cleaning your room, doing your chores, etc. I was trying to find somewhere to live, how to finish or even attend school and find out why I was having so much pain, vomiting and weight loss.

I had to convince my doctors that I wasn’t just some runaway drama queen. They didn’t believe me. They told me that I could just become lactose intolerant. At this point, I had lost 10kgs and couldn’t even brush my teeth without vomiting. After lots of tears, lots of doctors appointments and arguments, I finally was taken for an endoscopy and colonoscopy. I finally was given a new identity. I had Crohn’s disease. I was now a “Crohnie”.

Accepting a new identity with Crohn’s

I knew it was coming but boy was it hard to accept this new identity. The worst part is that I didn’t look sick. We all know that feeling don’t we? But we are. 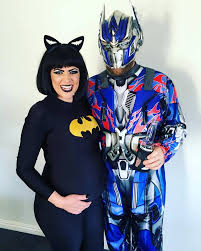 This new sick identity came with the need to explain too much, justify too much, and feel too much. I overcompensated with everything. I once had a boss tell me that no one believed me because I explained and tried to justify too much.

I was raised to have good work ethics but yet my body let me down. I didn’t want to depend on the tiny amount of money that the government would pay me while I was sick. I wanted to be independent and feel some sense of normalcy and control.

Control. It’s like it goes hand in hand with your identity, doesn’t it? That’s how I’ve felt.

Slowly and yet looking back so fast, my identity has changed over the last 18 years! I’ve gone from a child, to a Crohnie, to a self-claimed “Bag Lady” to a Bag Lady Mama, to a wife and occasionally a superwoman!