Let's Hear it for the Boy!

When I was first diagnosed with ulcerative colitis over five years ago, I was sure my relationship with my boyfriend of one year would be over. Not necessarily because I thought I might not be able to have a normal life (though, over time I questioned what the reality would be), but because I’ve had more that one guy run at the first sign of any sickness. Would this one be the same?

Pain and complaints of symptoms for a month

Just a week before, I was lying in bed in pain, not knowing what was wrong with me. I’d called him to tell him there was something wrong. I’d been complaining about an upset stomach for a month now and because of a previous relationship with a hypochondriac, he was worried. 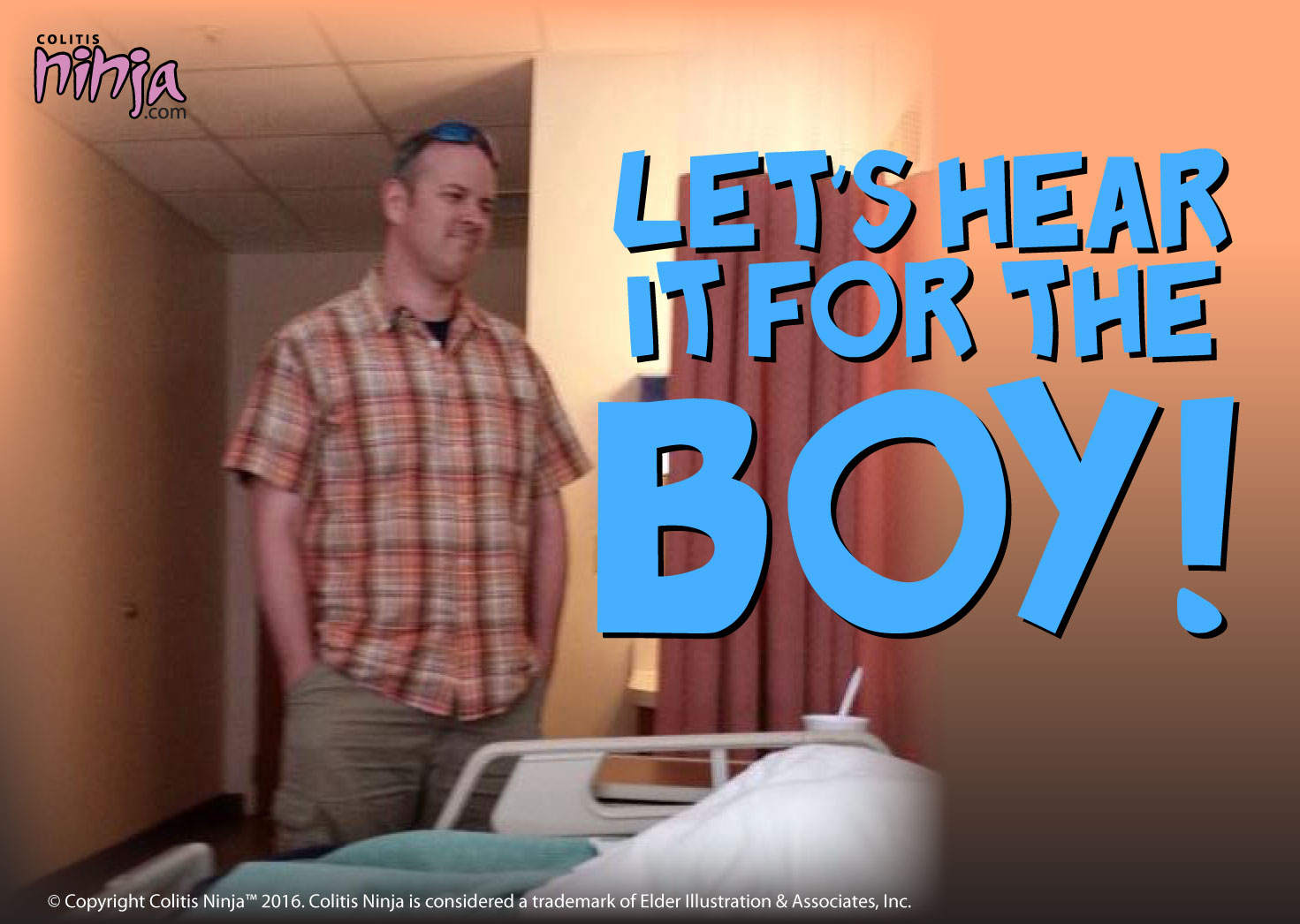 “Go to the doctor!” David said angrily. “And there better be something wrong with you!!!”

Two weeks later, he ate his words, because sure enough there was something wrong with me. I was diagnosed with ulcerative colitis. I wasn’t sure what to expect when I called him with the news, but I definitely wasn’t expecting what I heard next.

“Great! Now we know what it is and it’s treatable. Mom and dad are already doing a ton of research and they're sending me a list of specialists in your area!” He said with great enthusiasm.

Was this man for real? Was he actually interested and concerned about me? He and even his family were doing research!!! He didn’t mention breaking up… Did this mean he was serious about me?

The impact of UC on my significant other

My disease, by it’s very nature, has put me through the ringer. And I hated it… but part of me hated it more for what it did to David. From February to August, I had several close-calls with the ER, a blood transfusion, stool samples, C. diff infection, moonface, enemas, and so forth and so on… IBD is no picnic. But David didn’t waver. In fact, the weekend of my birthday of that same year, he proposed to me—while I was flaring!

Because we didn’t want a long engagement (I’m serious, ya’ll, this guy is not a figment of my imagination), we were married two months later. We had a beautiful, but small, wedding. We enjoyed six months of wedding bliss without any major health issues as far as ulcerative colitis is concerned. And then, in April, I began another flare. Within two months, I was able to get it under control until the next year when my symptoms came back with a vengeance.

We threw multiple rounds of Prednisone at this flare and it didn’t help. We switched medications several times. We tried diet changes, natural remedies… I even saw two naturopathic doctors, ya’ll! The pain, the blood, the tears, the sleepless nights… I wasn’t getting any relief. There were times I was convinced that he was going to leave me. But he didn’t. He yelled at the pharmacists, doctors and insurance companies. He rushed me to the ER and when I was admitted to the hospital, he slept there with me. This man was truly committed to making this marriage work. Talk about self-sacrificing.

Finally the day came when it was time for surgery. This was possibly the biggest challenge yet. I had more than a few meltdowns. There were several complications. Even he, my rock, was beginning to break. Thankfully, the storms subsided and right now we are in a good spot as far as my health goes.

So why am I telling you all this?

Because I want you to know that there are people like him out there. You are not alone in your pain. There are definitely some rotten apples out there who will leave you… but those people aren’t worth your time. Don’t let those bad apples make you feel less valuable. You’re not. The right person will think you hung the moon instead of getting hung up on the disease you didn’t ask for.