What Do You Wish More People Understood About IBD?

No, IBD is not IBS. No, I will not suddenly "get better." No, changing my diet will not make it go away.

When it comes to Crohn's and colitis, it can feel like people just do not get it. Others' lack of understanding about what inflammatory bowel disease (IBD) really is and how complicated it can be to treat are frustrating for those living with the condition. Pile on unwanted advice and uninformed comments, and it can make a tough illness that much tougher.

So we asked our advocates: What's one thing you wish more people understood about IBD?

"I wish that people understood what it means to have a chronic illness. Lots of people ask me when I'll be better and when I can go off my infusions. The answer for me is likely never. I have come to terms with that, but I wish the people I love would too. I also wish they would recognize that they might end up with a chronic illness one day, too, and that eating well and exercising don't exclude them from that possibility. I hope that we can stop seeing chronic illness as something to life-ending. Instead, I'd love to see our society become more fluid and accommodating toward those with chronic illness." –Eshani 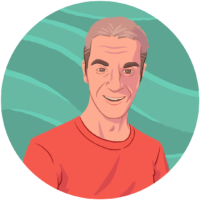 "To be honest, I wish more people just understood IBD – period. But one thing would be that there is so much more to this disease than diarrhea. Pain, weight loss, fatigue, kidney stones, skin problems, malnutrition, bleeding, perianal disease, abscesses, fissures, fistulas, depression, and anxiety, to name a few. I know I don't 'look sick,' but that’s because I do a great job at hiding it. I don't fake being sick; I fake being well. It's hard enough battling Crohn's 24 hours a day. I shouldn't have to fight with others who don't understand or don't want to understand." –Vern 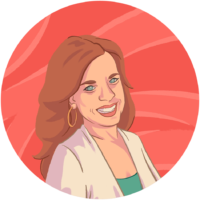 "Sometimes people look at me bewildered, as if asking, 'Are you sure you really have a chronic disease because you don't look sick?' No one has ever said this to my face, but I see it in their questioning eyes. I tell people that I know you can't see my disease on the outside, but if you saw my colonoscopy pictures you would understand. Besides, when they see me running to the restroom as much as I do, they give me leeway. Also, I'm still able to work. But I miss a lot of days when I'm experiencing flares. Sometimes it's hard just to drive to work because I don't pass any restrooms along my route. Also, as a teacher, I can't leave my classroom whenever the UC 'urge' strikes. That's a liability. So, I make sure colleagues in nearby classrooms know of my condition in case I need them to cover for me." –Traci

"IBD is not irritable bowel syndrome (IBS), and it's not just a stomachache! I know that people are often trying to be supportive when they say they understand how I feel because they have IBS. But it really has the opposite effect. The same happens when someone tries to tell me what works for their IBS and acts as if it will solve my IBD. IBS can absolutely be horrible and painful, and many people with IBD actually have IBS as well, myself included. However, the 2 conditions are vastly different in terms of what's actually going on within the intestines and how the illnesses are managed. Getting into a game of comparing who has it worse is always unhelpful. But I think more people should recognize the widespread effects of IBD and how serious the condition can be compared to IBS. When a friend with IBD is telling you about their illness, it often means they're trusting you with a part of their life that few people get to see. So I think people should be more mindful of how they respond. I wish more people were willing to listen and ask questions before jumping to assuming that they already understand my condition." –Christal 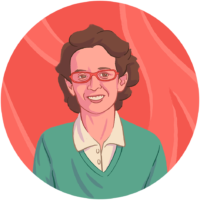 "Crohn's affects every area of your life. When my son was at his sickest, he couldn't sleep, couldn't eat, couldn't focus. Even his naturally sunny mood had its ups and downs. And it's not just a 'bad stomach,' as some folks called it. Because many people have constipation or indigestion, they think they know what you or your loved one is going through. Even if they are trying to connect with your situation in some odd way, I find it frustrating, if not downright insulting. People are also quick to make suggestions about diet, supplements, or lifestyle changes that they are sure will help your child. It's part of our culture to want to fix things, but unsolicited advice is not helpful. Everyone affected by IBD is doing the best they can with the resources they have. Offer support, not instructions." –Jennifer (caregiver)

What do you wish more people understood about IBD? Can you relate to receiving unsolicited advice and a lack of understanding? Comment below or share your story. We want to hear from you.

Concerns About Aging With Crohn’s

25 Things that Living with Crohn's Disease Has Taught Me