Every Painful Step Is a Reminder I have Crohn’s Disease

Every painful step I take is a reminder that I still have Crohn’s disease, and Psoriasis, and arthritis due to both diseases. Each day is a form of Crohn’s disease awareness. For myself, not others. Everything I feel cannot be seen. My Crohn’s and arthritis are invisible diseases. My Psoriasis is also for the most part invisible. It likes to hide in places not easily seen that are very uncomfortable to live with.

Do you remember the first time you experienced a severe pain that you would soon learn would become chronic pain? I do.

While the calendar date may not be engrained in my memory, the events that took place are firmly planted there. I’m not alone in that. When I was at a conference for health advocates one of the speakers came out to mingle. She was the epitome of the cool girl on TV during my teen years. The very same years I was first starting to realize something was wrong with my digestive system. Anyway, she is now an advocate and speaker for chronic pain. I was momentarily starstruck when she said hello. Once it subsided, we chatted and I asked her the same question I’ve asked so many others with chronic illness.

“Do you remember the moment when your pain first started?”

If we meet and I ask you this question, please don’t let her response deter you from answering. Your answer may not involve Clooney, or maybe it will? Either way, I still want to hear what you have to say.

I live with chronic pain due to Crohn’s disease and Psoriasis that went untreated for far too long. As a teen, I was diagnosed as only having a severe form of IBS-D and gastritis. This was a misdiagnosis. My pediatrician also told us I had cradle cap. As it turns out, that was scalp Psoriasis. My mother asked if it could be Crohn’s. She was told it couldn’t possibly be Crohn’s disease, because my intestinal pain and tenderness wasn’t located on the proper side.

Is there really a proper side, guys? We didn’t know that back in the 90s, but it still haunts me.

It’s infuriating now to know that the spells of tendinitis occurring when my intestines and scalp inflammation were really bad were most likely all related. And all were ignored.

The day I woke up and had to crawl to the bathroom was the start of a waking nightmare. One that most likely will never end. This wasn’t a severe pain in the gut sending me to the ground, it was my feet. I don’t remember the exact day on the calendar. But I remember it being very early in the morning. The night owl news show was airing on the local ABC station. I remember getting back into bed and willing sleep to come again. And I remember wishing with all my might that the next time I attempted to walk, I would be able to do so pain-free.

A few mornings later, I experienced swelling and fire-like pain and itching in all 10 fingers and toes, as well as my ankles.

Shattered were my dreams of coming out of this flare and finding a new job. My old job had faded away because my former boss labeled me a liability to the team. I had no legal protections, as I live in a right to hire state and was a contractor.

On a handful of painful nights, I searched for my former clinicians. I wanted to see if they still practiced or taught medicine. They were fairly easy to locate. During those search sessions, I’ve wondered if they remember my case and how they dismissed and belittled my symptoms. Or how they ignored my mother’s pleas for help. I drafted an email once to my former pediatrician. It was shortly after regaining feeling in my left hand. Neuropathy and swelling had compromised my hands for about two and a half years prior to writing that draft.

My disability paperwork shows disability due to Crohn’s disease, and complications like arthritis. I wish it said disability from extra-intestinal manifestations of untreated Crohn’s left untreated due to inadequate medical care by practitioners X, Y, and Z.

Now that I got my little revenge fantasy off my chest, here’s some positive news. In the event you did not see my other pieces — Y’all, I’m getting married! A few days after the wedding, the hubster and I are marching (err I’ll carefully walk / he may march) up the steps of Capitol Hill to participate in Crohn’s and Colitis Awareness Week 2019.

While my chronic pain may never completely subside, it’s gradually improving. Gratefully, I’m two years into a treatment that my body continues to receive positively. Even though I was an early responder on this treatment, it by no means is rainbows and butterflies all the time. If there is one truth I can impart to patients starting a new treatment — give it time to work.

I’d also like to point out that in this entire piece, I only mentioned the bathroom once. I frequent the restroom often (even during times of remission), due to Crohn’s symptoms. But it isn’t the only debilitating component of inflammatory bowel disease for me. During Crohn’s and Colitis Awareness week, I try to especially emphasize IBD is not a bathroom disease. It is a whole body disease.

How do you intend to raise Crohn’s and Colitis awareness this December 1 through the 7th? 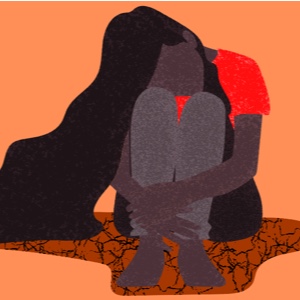 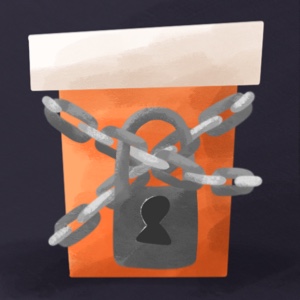 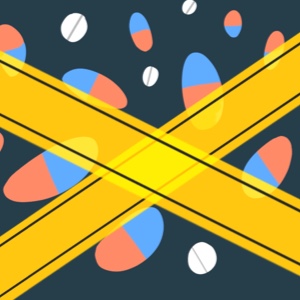 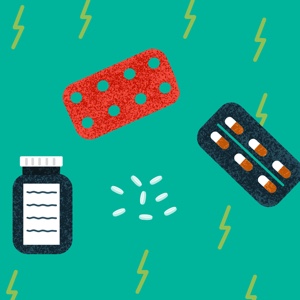 The Stigma Around Pain and Medications