Prednisone: The Tie that Binds

No two IBD stories are alike. We all have different stories to tell and different experiences. Aside from the fact that we share a disease, we are very diverse. But there is a unifying factor amongst patients. We all have nightmares about those tiny little white pills called prednisone. 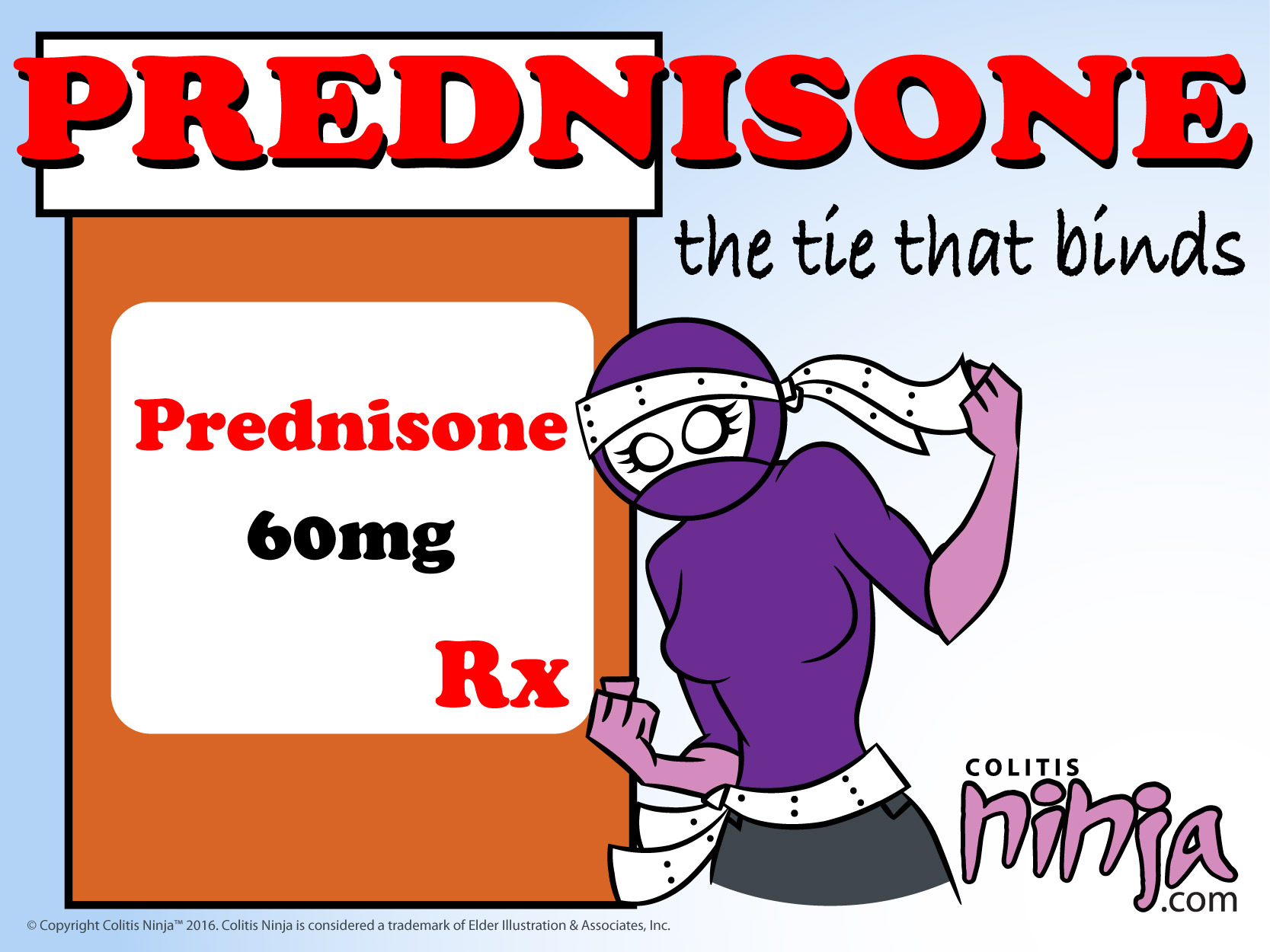 Just like all IBD stories, all prednisone stories are different, too. I have some friends who gain an enormous amount of weight. There are others who develop stretch marks. I even have a friend who developed something called Avascular Necrosis — or in layman’s terms: death of the bones! Prednisone, in a word, is the devil.

All in all, however, people have a love/hate relationship with the drug. Because while it causes an array of problems, it has also saved lives and kept patients from suffering further at the mercy of their diseases. I guess you just have to take the good with the bad.

A few years ago, I got my husband a ferret for Christmas. This may seem random, but bear with me. He had owned ferrets before and absolutely adored them, so I thought this would make an excellent gift. Being a cat person, a ferret seemed like no big deal. After all, my husband assured me they were litter box trained and very affectionate. I soon realized, however, that I did not have the emotional attachment or affection for ferrets that he does. And they were really nothing like cats.

Firstly, ferrets have a very off-putting odor… even after you get their scent glands removed and bathe them every day. Ferrets are not exactly litter box trained. You have to place a corner litter box in just about every corner of your house for you to truly make that claim. I didn’t appreciate finding her little “gifts” for me to step on in the early morning hours while I was making my coffee. They also like to steal things, chew on your things and rub their smell all over your furniture and carpet… not to mention their digging habits which ruin carpets. Very soon I came to greatly dislike ferrets. It became a chore to have to share in caring for her.

Recently, however, the resentment has softened. The ferret (Mina, is her name) began exhibiting strange symptoms. Diarrhea, nausea, scratching at her mouth, foaming at the mouth, and a general malaise about her. We took her to the vet where she was diagnosed with insulinoma—which is sort of the opposite of diabetes. The vet gave us a prescription of prednisone.

I work from home, so naturally, I’m the one who has to administer the meds orally for her. The vet, who clearly has no true clue about Prednisone, told us that Prednisone really doesn’t have a nasty taste... it’s mostly just chalky. When she said this, it was all I could do to keep from busting out laughing and saying, “You’re an idiot.” Most patients will agree that it is one of the foulest tasting drugs on the market.

I picked up the dropper and forced the dose down her throat. She spat and sputtered and shook her head in protest. My heart broke. This was one thing I would never, ever wish on any of my worst enemies. And here I was forcing one of the most hated drugs on the planet down this poor, defenseless ferret’s throat. And unfortunately for Mina, there’s no hope of her ever tapering off of the drug. Insulinoma is forever.

Mina and I bonded that day… because now we share an experience like no other. Chronic illness bonds people — even people and animals — in the most unlikely of ways.

Beyond Tired: What It's Like to Live with Fatigue and IBD

7 comments
This article represents the opinions, thoughts, and experiences of the author; none of this content has been paid for by any advertiser. The InflammatoryBowelDisease.net team does not recommend or endorse any products or treatments discussed herein. Learn more about how we maintain editorial integrity here.