Remission: Is it a Reality?

When the average person hears the word “remission,” there’s a good chance cancer comes to mind. For those of us with inflammatory bowel disease it’s a bit of a mystical term. One that can be perplexing, even confusing at times.

Is it possible to really reach full remission?

In my experience, it’s been a bit elusive. Since my Crohn’s diagnosis nearly 12 years ago, I’ve heard that word a handful of times. The first time was in February 2015. I woke up after a colonoscopy and the doctor told me, “Natalie, there was no sign of Crohn’s disease, it’s safe to say you’re in remission.” I’ll always remember that moment of disbelief and overwhelming relief and happiness. My mom and now-husband were standing beside my bed, tears rolled down my cheeks and theirs. To say I was thrilled was an understatement. After going through the prep, I was ravenous…we went out to The Cheesecake Factory to celebrate. I shared the exciting news on social media and would have yelled it from the rooftops if you let me.

The weight of the word “remission” hung heavy on me.

Sadly, a mere week and a half later…I ended up in the hospital with a bowel obstruction. So much for that. As I watched the pain medications drip into my veins I wondered how it was possible that my scope results were perfect just days before. So many emotions ran through my mind. I was angry and in disbelief. I vowed to always be weary of that word moving forward.

Then, six months later after the removal of 18 inches of my small intestine…that word returned. While surgery isn’t a cure for Crohn’s, it does provide you with a fresh start and the hope for patients is long term remission. For me, once I healed and my body got adjusted to the changes made within, I felt incredible. I was in awe of how it felt to eat without pain or the need to run to the bathroom. But there will still days in the mix that would make me question if I was truly “in remission.” Whenever I started to feel invincible, I would have a flashback of the last go-around with that term and it would bring me back to earth.

With my pregnancy this past year, I do feel remission was achieved for those nine months. There were countless times I would eat or drink something or feel on edge or stressed and know my disease should be rearing its ugly head. But, it was nowhere to be seen or felt. Unfortunately, within a week of having my son I noticed the symptoms from the past all too soon.

They creep back and it feels like no time has passed.

Ah yes, I know you. You’re back. My appointment with my gastroenterologist went great last week, in their eyes. I told them the first nine weeks postpartum I had maybe 10-15 rough days. Two doctors both asked the same question…any blood? Once I said no, they seemed fine with it. In the past three days, I’ve needed pain medication twice to get through. I laid in bed and felt like my abdomen was burning last night, my husband needed to feed our baby so I could relax and fall asleep.

Is that the reality of “remission”?

Our we ever truly out of the woods and in the clear? With IBD it can be difficult to share and discuss because no two people have the same exact disease process. What we can do is be there for one another, support the good times when remission feels like a possibility and when it’s completely out of reach. 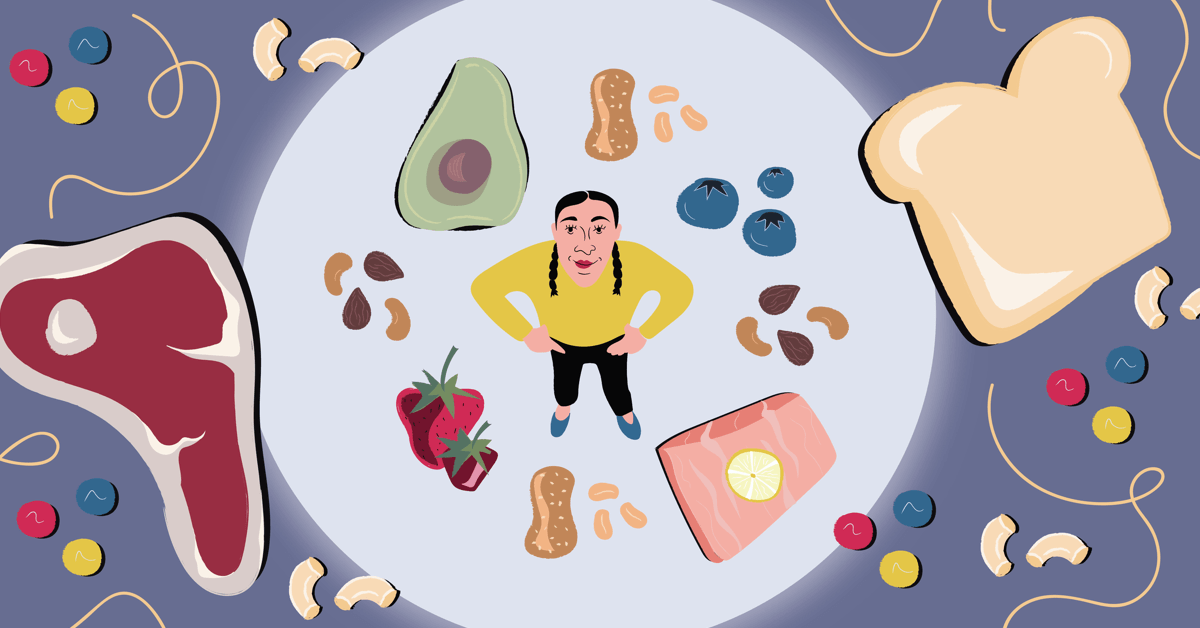 Should You Keep a Food Diary With IBD?

What Happens When You're in Remission?