We Don't Poop ALL the Time

Inflammatory bowel disease (IBD) is surrounded by misconceptions. Some believe Crohn's and ulcerative colitis are easy to manage with the right diet (true for some, but not most patients).

People with IBD don't poop ALL the time

Others believe IBD could never really be as bad as patients make it out to be... after all, it shares some symptoms with irritable bowel syndrome (IBS) or a stomach bug, right? Still, there are those who believe that all IBD patients do is poop. A lot. All the time. For this reason, many refer to IBD as the “Dumping Disease” or “Poop Disease.” In reality, it’s much more complicated than that.

What are IBD symptoms?

Sure, patients often laugh at the toilet and poop jokes amongst themselves. It’s a coping mechanism that helps them to keep their sanity. But it isn’t all about poop. We don’t poop all the time. In fact, there are many patients out there who have the opposite problem. They CAN’T poop (i.e. constipation). The truth is IBD affects patients differently. Which makes IBD that much more difficult to treat.

I have ulcerative colitis. When my disease is active, I did go to the bathroom a lot with diarrhea. However, during some of those trips, I didn’t poop at all. For probably half (or more) of those trips, I produced nothing but pools of blood in the bottom of the toilet. Blood loss was always my biggest issue. GI bleeds often lead to severe anemia that required blood transfusions.

Crohn’s disease and ulcerative colitis are often extremely painful. I remember right before my diagnosis, lying in bed with severe abdominal pain. I had no idea what was going on, but I do know that at the time it was the worst pain I’d ever felt.

There were many nights that I would lie in bed unable to move because of the pain. Later on, I had worse pain as my disease progressed. Every time I had a bowel movement (again, sometimes those produced nothing but blood), I had severe pain in my rectal area. The pain was so severe that it made me throw up (not kidding, that CAN and DOES happen–I asked my doctor).

Patients also deal with the lovely symptoms of nausea and vomiting. This can happen for a plethora of reasons: pain, blockage, severe dehydration (yep!), bad reaction to medications, or even just general flaring. And trust me, it’s much worse than having a stomach bug. With a stomach bug, there is an end in sight. The vomiting won’t last forever. With IBD, you don’t know when your symptoms will ease up. 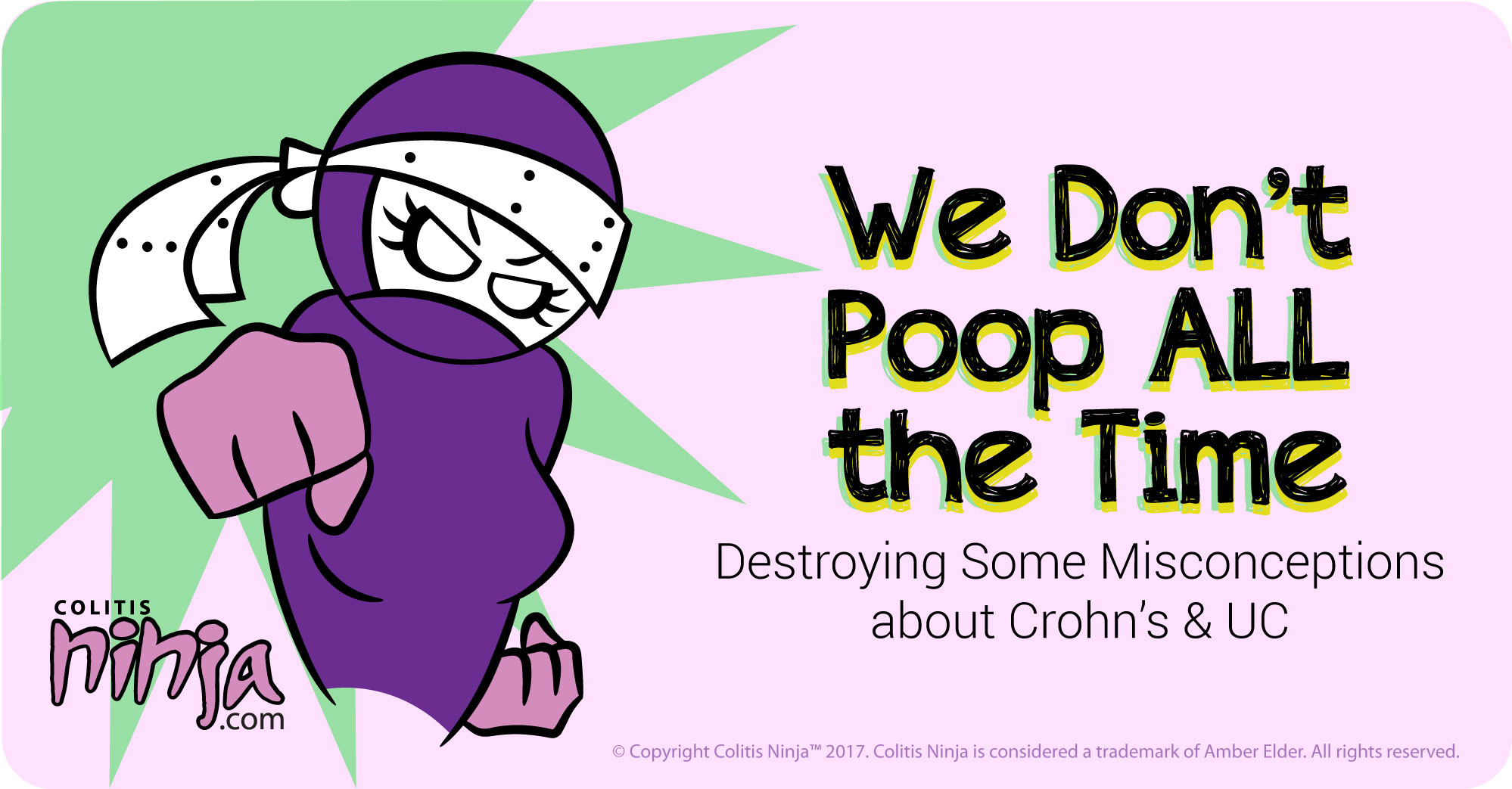 Side effects from IBD medications

Another problems patients face are the side-effects from their medications. IBD is often treated by trial and error. Most patients experience side-effects to some degree or another–some of which are severe and even life-threatening. There are small risks of cancer with some of the drugs.

Another potential side-effect is anaphylactic shock! While these risks are very small, they should still be addressed. Minor side-effects can include painful swelling of the joints, moonface, oral thrush, skin rashes, headaches, insomnia, and so, so much more.

It’s true that patients often have to give stool samples to their doctors and keep up with the number of bowel movements per day. But saying that all patients do is poop is only scratching the surface of reality for most patients.

12 comments
This article represents the opinions, thoughts, and experiences of the author; none of this content has been paid for by any advertiser. The InflammatoryBowelDisease.net team does not recommend or endorse any products or treatments discussed herein. Learn more about how we maintain editorial integrity here.