What Advocacy Means to Me

You don’t mess with my friends and/or family and get away with it!

I have always been extremely headstrong and stubborn when it comes to taking a stand and fighting for people I love.

Oh, you’re going to bully my brother? You better think again! I will cut you!

What did you just say about my Mama? Come here and say that to my face! 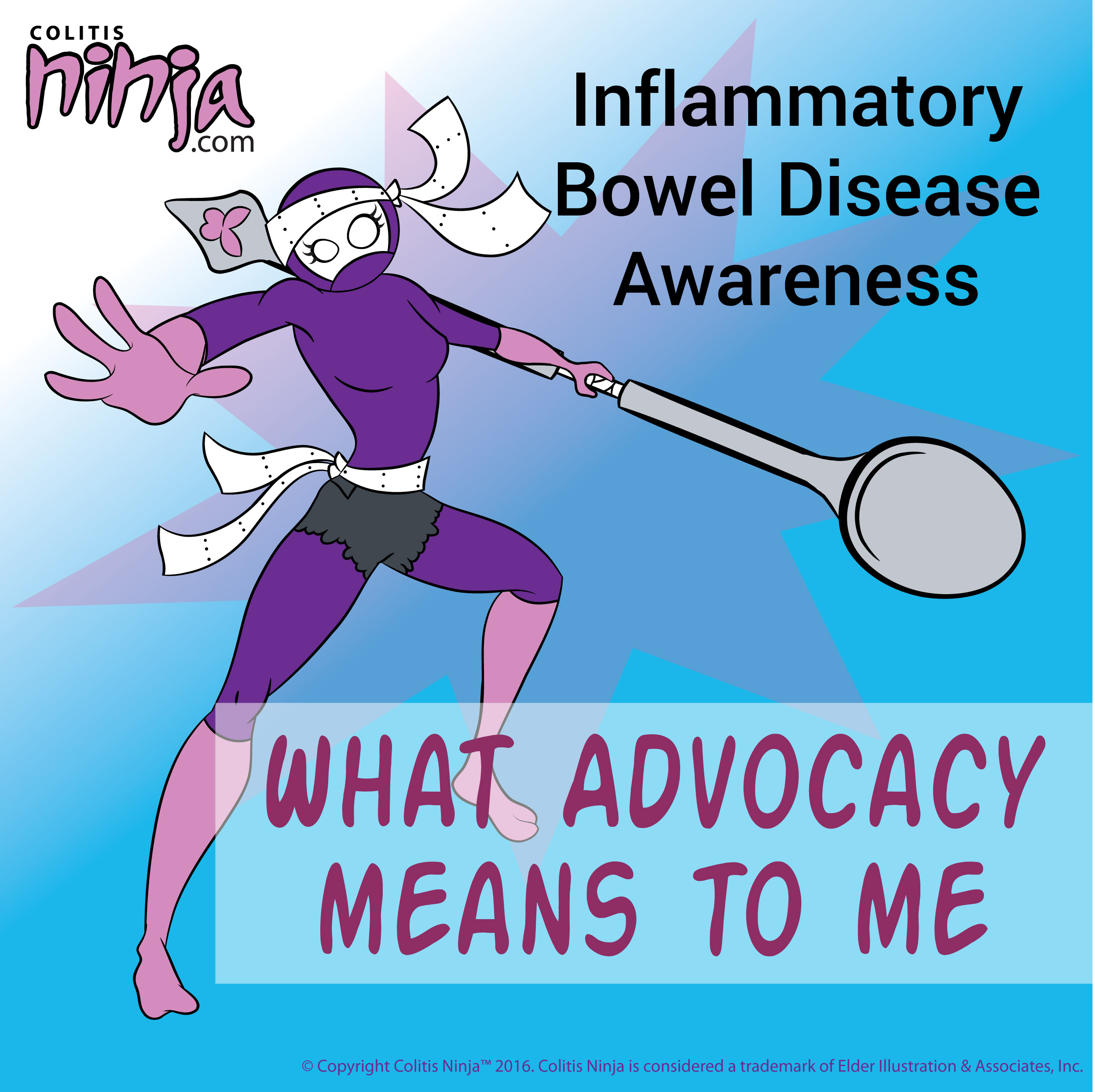 Advocacy means different things to different people. For some, it’s raising awareness for something. For others, it’s collecting money for causes. Still, there are others who advocate for cures (heck, one of my blogger friends is actually going into cure research!). Depending on who you ask, you can get hundreds of different answers. That’s what I love about advocacy. It’s so diverse. I have friends on all ends of the spectrum of advocacy. Each of them play key roles in the fight for inflammatory bowel diseases (IBD).

My personal advocacy mirrors the passion and fight I have for my friends and family members. While I may not get all up in your face and give you a good smack down, I will threaten to kick your face behind your back. The “you” I am speaking of in the instances of IBD is usually your evil guts that seek to destroy you on a daily basis. For me, advocacy is about support, encouragement and laughter.

My journey with ulcerative colitis

Living with a chronic illness is soul-crushing. I was diagnosed with ulcerative colitis in 2011. My mother has Crohn’s disease. I remember her having a few flares when I was younger, but she never had to be hospitalized when I was alive. In fact, she’s never been on medication. I would say her Crohn’s is pretty mild comparatively speaking. Because of this, I didn’t think it would be a big deal living with ulcerative colitis. Some people (like my sister-in-law) flare once and never deal with it again! I’ll be fine! Just gotta take my meds.

It took about 3-4 months for me to get into remission, but I did. I remained on my maintenance drugs and was pretty care-free until the following year when I started flaring again. After another round of steroids, I went into remission and lived happy-go-lucky again. This disease is a piece of cake. If I flare once a year and can get into remission so easily, I can handle this!

Then 2013 rolled around and I began the worst flareup of my life. I got on another round of steroids as usual and waited for them to kick in. When they did, I started tapering. Nothing I couldn’t handle! I got down to 10mg and the flare came right back. This happened several more times and each time, the flare would come back quicker and more vicious than the last.

It’s not supposed to work this way!

Nothing but steroids was working for me

I went back and forth on the steroids and my doctor started throwing biologics at me (something I was able to avoid until this point). Nothing was working. I became steroid dependent. Slowly, I became consumed with my disease and trying to find a way out. I felt alone. Isolated. I was the only one I knew with IBD who wasn’t living a full life. Nothing made sense!

One day, I’d had enough. I drew a little cartoon ninja. My battle manifested itself in this little sketch. I named her after my disease: The Colitis Ninja. I started blogging about my battle and soon, I had several followers on my blog. What started as a therapeutic way for me to cope with ulcerative colitis began resonating with others, too.

Connecting with others online

I realized that I’m not alone in this battle. I began connecting with others who had my exact experiences. Finally, my doctor told me that he couldn’t help me anymore and told me to see a surgeon. I soon connected with two others who were undergoing the exact same surgeries within weeks of me.

Since surgery, I have been feeling better. But there are still so many out there who are still being crushed by Crohn’s disease, ulcerative colitis and indeterminate colitis. People who can’t see past their pain and suffering. People who are being overtaken and imprisoned by their own bodies.

May 19th is World IBD Day. I would encourage everyone to take a stand against the forces of evil (aka IBD) and speak up for the millions around the world who are in a battle that no one else sees. To me, advocacy is an army of strong fighters. IBD ninjas need support. They need encouragement. They need laughter.

5 Things My Disease Taught Me