When Medical Professionals Dismiss You Based on How You Look.

On January 15, 2014 I woke up, slowly got ready, and went to work. I worked at a salon as a nail care specialist and makeup artist so part of my job requirement was wearing makeup, having my hair done nice, and dressing fashionable. About an hour into my shift I was in severe pain and was rushed to the hospital where I ended up having emergency surgery to save my life. My intestine had twisted around the superior mesenteric artery which was cutting off blood and oxygen supply to my bowel. If I hadn't had surgery when I did then my intestine would have turned necrotic and I would have lost my life.

Did I look sick when I arrived at the hospital? Nope! I looked well put together. But looks mean absolutely nothing. 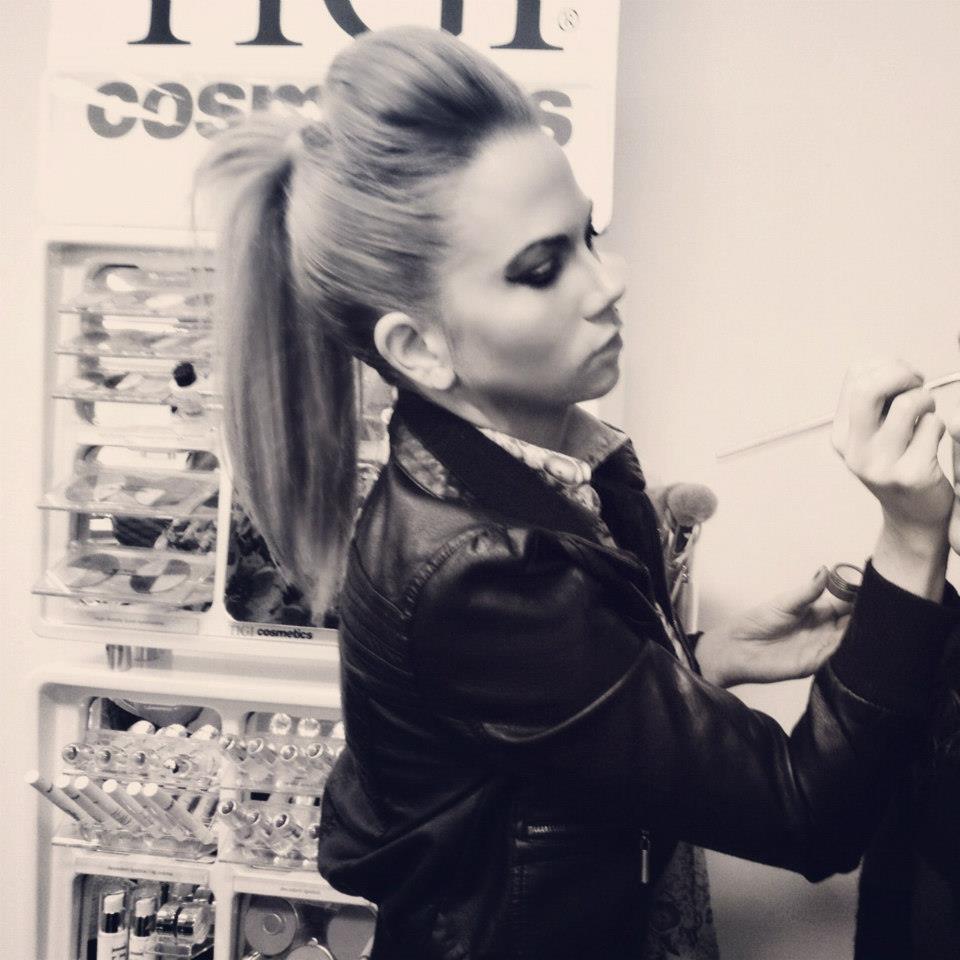 Most of you have probably heard that before. In fact, if you Google that sentence you'll find plenty of people living with chronic illnesses talking about the challenge of the outside not matching the inside. A few days ago I was at the hospital with my boyfriend, who also happens to have Crohn's Disease (though that's beside the point), for a small bowel series.

Yep, I had to drink barium. Yuk!

Before I drank the barium they took an x-ray of my abdomen as a starting point and then called my boyfriend, Dan back into the room. I looked at the image and noticed right away an area that looked very alarming to me. I always have chronic dilated loops of bowel, so I am used to my images looking abnormal, but I had never seen it look like this. 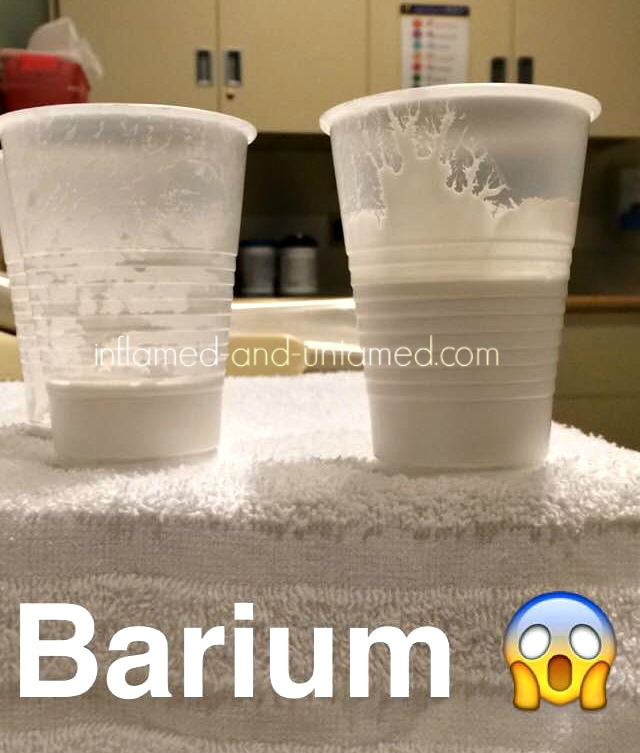 I then looked up and noticed the doctor and the technician whispering to each other behind the glass and looking at the image with concerned faces so that frightened me even more. I have had 3 major surgeries that have all been emergency surgeries and I guess because of that my mind jumps to worst case scenarios. Anyway, after awhile the doctor came out and told me that she was worried about how things looked and didn't know if it would be safe for me to drink the barium or if there was something seriously wrong that needed attention. She decided to call my specialist to ask if he wanted me to proceed with the test. During the time that she was talking with my doctor, Dan and I were sent back to the waiting room to wait. 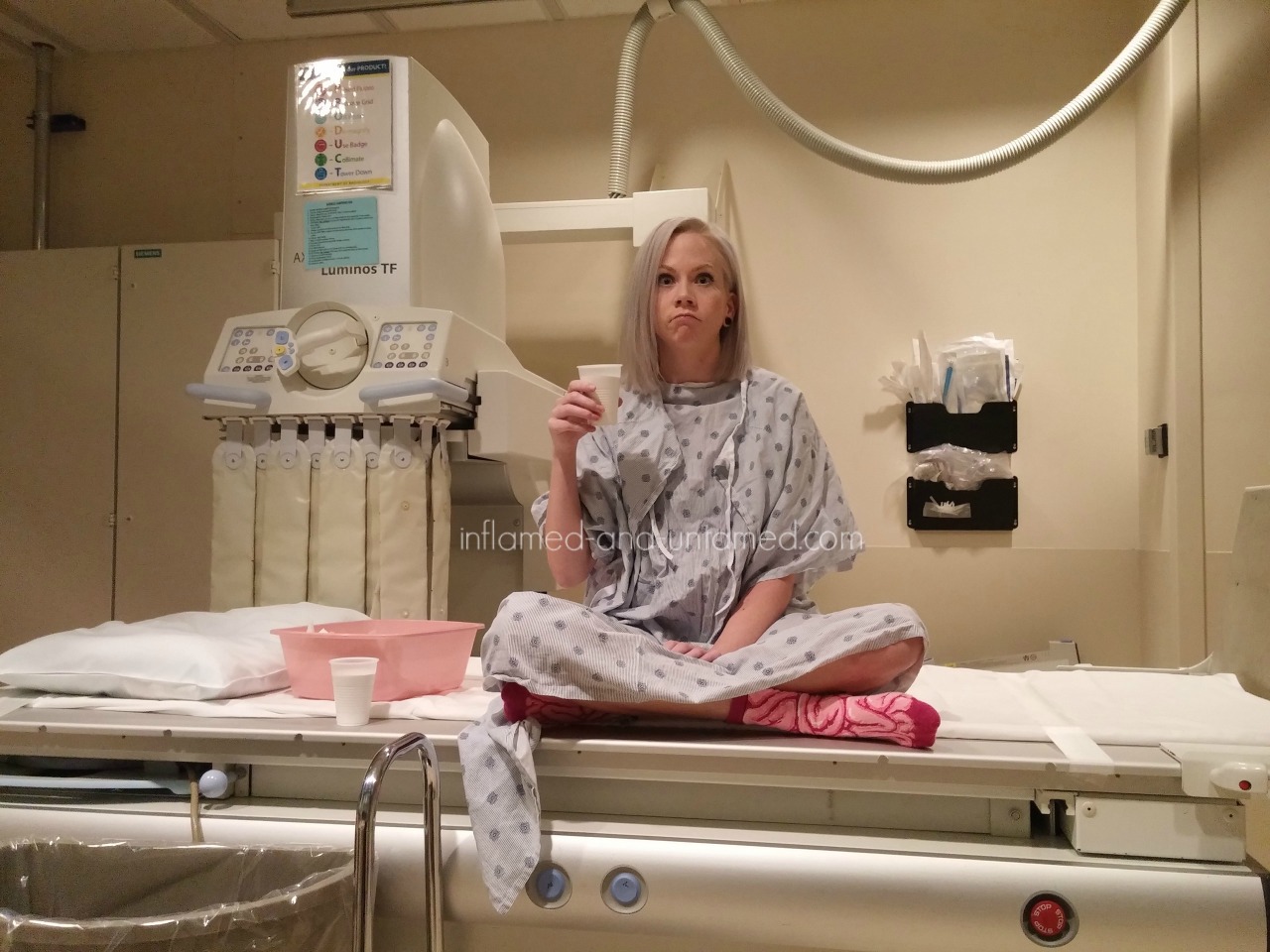 Very soon after that she came out and told us that they were going to proceed with the test but then said something that really upset me. She said something like, “I've seen sick people before and you look a lot more put together than that.” I could not even believe what I was hearing, though I shouldn't have been so surprised as this isn't the first time a medical professional has used my appearance as an assessment of my health. She was pretty much suggesting that I didn’t look sick enough to be having a serious problem even though my x-ray suggested otherwise. As I drank the barium and the test proceeded it only became more apparent how messed up my bowel actually is. I am sick, whether I look like it or not!

Did I look sick when I needed that emergency surgery in 2014? Nope. Did I look sick a few days ago when I was in the hospital for this procedure? Nope. When a medical professional makes decisions based off of appearances then huge mistakes can be made. Not only that, but it can really belittle a patient who is very sick and who wants and deserves help but feels like they are not being taken seriously by someone who should be helping them.

I know that many of you have gone through this too. I posted a little bit about my experience on my website and I received several comments about similar experiences that you have had. I was lucky that I had Dan there with me who was able to advocate for me and tell the doctor that it was not acceptable for her to tell me something like that or to base healthcare decisions off of my appearance. If this happens to you take the time to educate them on why this is not OK or have a loved one there with you who can advocate for you.

How Do You Know When You Have A Blockage?

Something I’m Embarrassed to talk about: My Teeth.

17 comments
This article represents the opinions, thoughts, and experiences of the author; none of this content has been paid for by any advertiser. The InflammatoryBowelDisease.net team does not recommend or endorse any products or treatments discussed herein. Learn more about how we maintain editorial integrity here.

Have you experienced joint pain as a symptom of Crohns or UC?