When Your Doctor Says the S-Word: My J-Pouch Story (Part One)

I walked into the doctor’s office that day with my (then) boyfriend of one year. I had been diagnosed with ulcerative colitis just a few weeks previously. The doctor who diagnosed me seemed distant, uncaring, and I could never get a hold of her. My boyfriend’s parents, being the absolutely amazing people they are, found another doctor. This one worked in a clinic that studied IBD and had a lot more credibility than my last one. 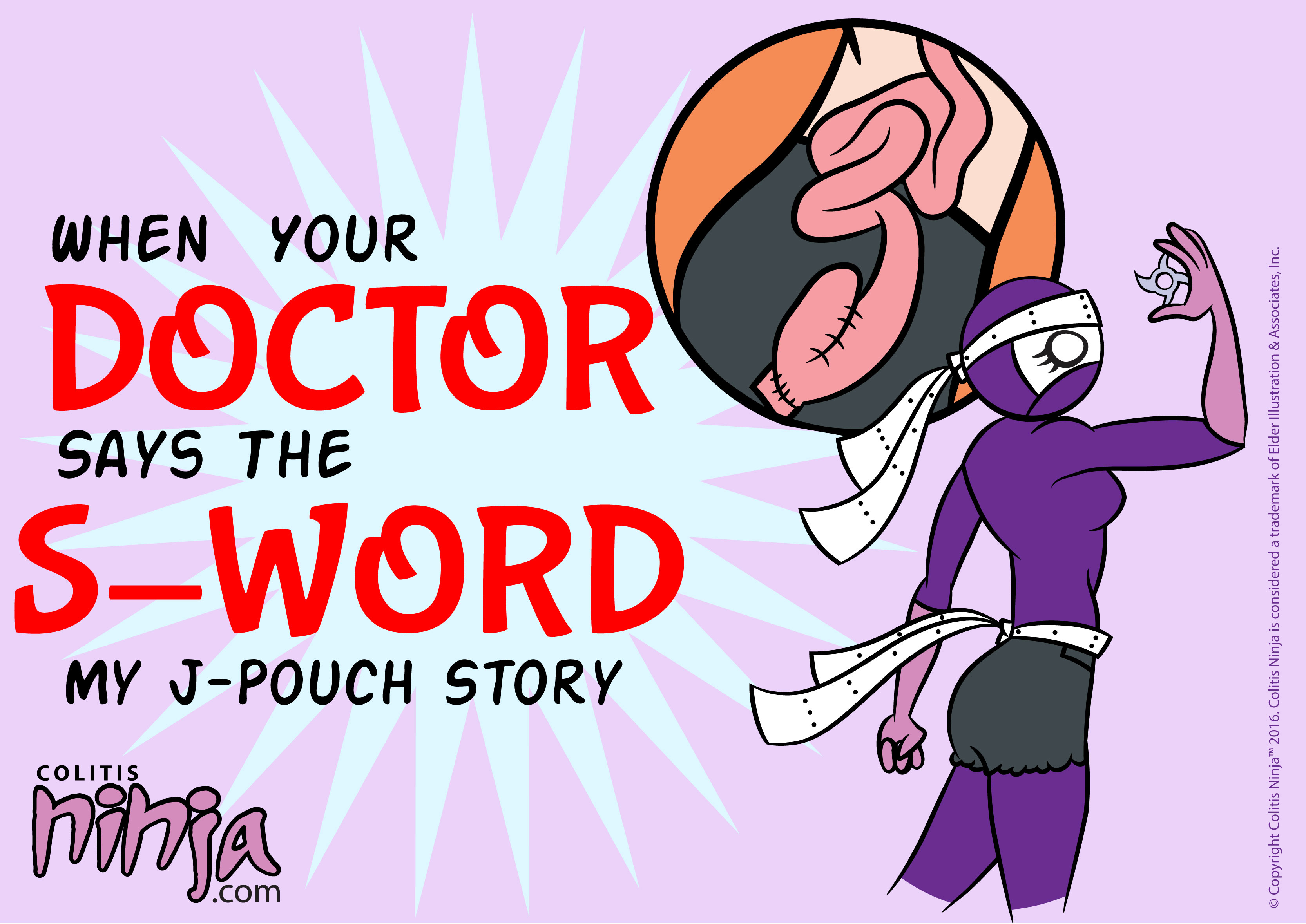 I was nervous, tired of appointments and desperate for answers. I was so glad to have my boyfriend, Dave, with me this time. He lived three hours away so it was a big sacrifice on his part to be there with me.

The doctor walked in and we talked for a few moments. He told me he was going to test me for C. Diff and put me on a daily enema. Then he stopped and looked very seriously at me.

“Amber,” he said,  “you’re young. You have your whole life ahead of you. There’s something else I think you ought to consider... surgery.”

I looked at Dave. He had the same uneasy look on his face.

"I'm too young for surgery"

He told me what happens during the surgery. They remove your colon and create a “reservoir” out of your small intestine that’s shaped like a “J”. This becomes your colon substitute. My heart was racing. Surgery? Are you kidding me!? I was only 26 years old! I don’t want to be cut open. I don’t want an ugly scar across my belly. Was this doctor insane?

“Look, I’m not going to push you,” the doctor continued, “but I definitely think you should think about it.”

When Dave and I left the office, we talked about the surgery. “I think it’s a bit extreme,” I said. “I don’t think we’re at that point yet!” Dave agreed. 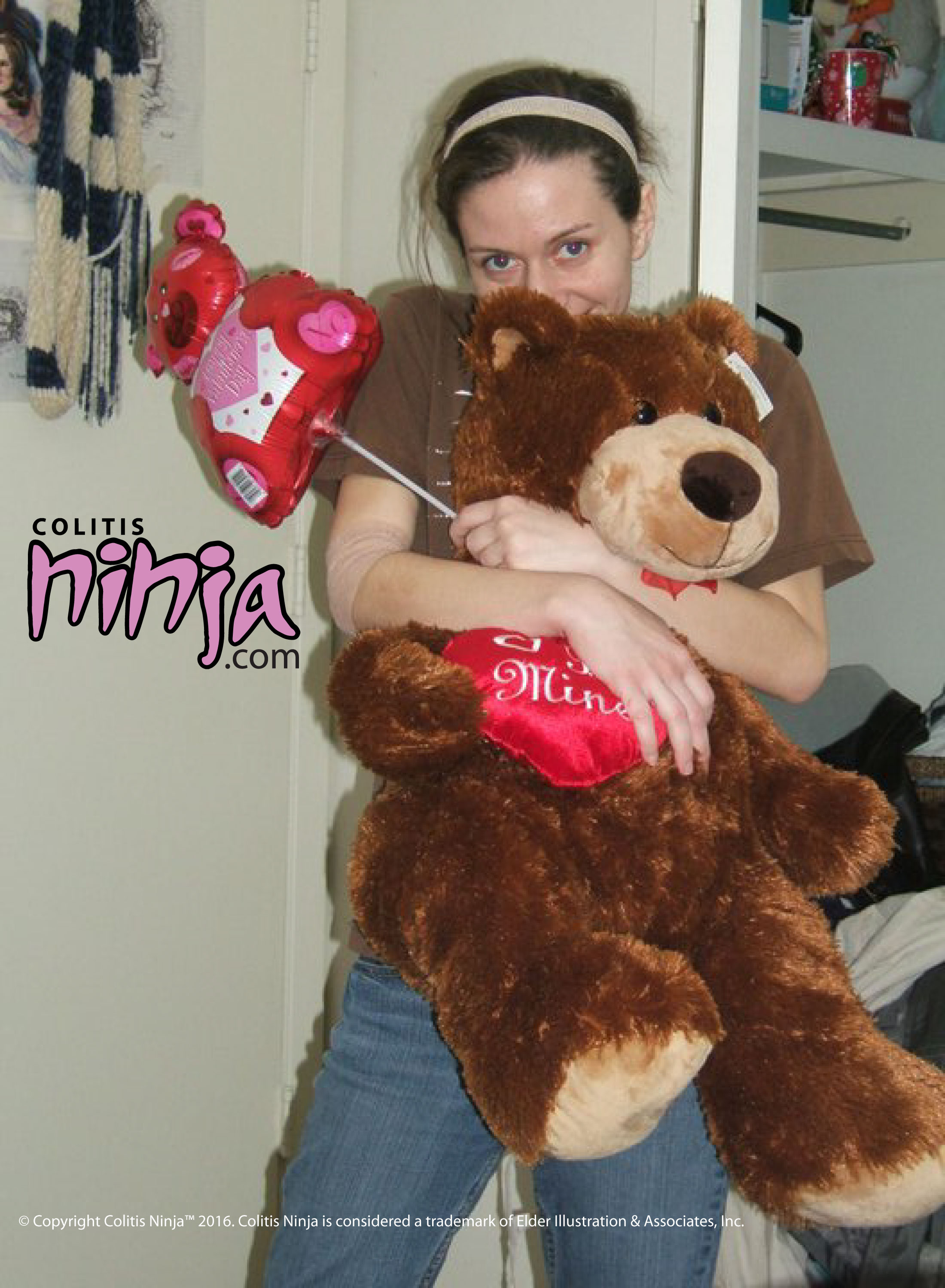 I was still deluding myself into thinking that UC wasn’t that big of a deal. My previous doctor, after all, had said that some people flare once and then never flare again. I was convinced that I was going to be one of those people. “Nah, I don’t need surgery.” With the round of antibiotics and enemas the doctor gave me, I achieved remission.

I tried everything for UC and nothing was working

Fast forward to about three years later. I had a new doctor due to the fact that I had moved. Dave and I had been married for just over two years. I had been flaring for a year. On and off of steroids and feeling absolutely miserable. I tried everything from diet change, biologics, natural remedies, fasting; you name it, I probably tried it. Nothing seemed to be working.

I was sick. Really sick. I had so many people voicing prayers and sending “healing thoughts” my way. But things just weren’t getting better. Dave was frustrated. I was depressed. I had been robbed of the joy in life. I was destined to be a sick person forever.

I couldn't keep dealing with the blood, frequency, and pain

After attempting to taper off the steroids again, the raging flare came right back. The blood, the frequency, the pain. I felt miserable. I called my doctor again.

“There’s nothing more I can do for you...” He said, “I think you should consider surgery.” I felt my heart drop and fear consumed me...