When Your Doctor Says the S-Word: My J-Pouch Story (Part Five)

I woke the next morning after a very uneasy night. Today was the day that my life would be forever changed. I would finally be starting a new chapter in my life.

My husband and I got into my car after saying goodbye to my father who was going to be staying at our place for a few days while I recovered.

We arrived at the hospital and “checked in.” I was weak and tired from not eating the day before. I was also experiencing steroid withdrawal. I couldn’t take anything or drink any water. I felt terrible.

Because I hadn’t eaten, I questioned if I was really that sick, so maybe all my colon needed was a break! That’s it! My bowels needed a rest.

My husband’s mother showed up. She was trying to make small talk, but I could barely look at her. How could I face someone when I felt and looked so weak? She wanted to share a video of our nieces saying prayers for me.

I was doing my best to hold it together. I kept telling myself it was for Dave. I had to be strong for him… but deep down, I knew that it was me. I was trying to convince myself that I was strong.

I looked at Dave as the minutes ticked on. “Maybe this is a mistake!” I said.

“It isn’t.” Dave responded. Though, deep down he felt the same way I did. Maybe it was a mistake.

The nurse finally came in to take me back for prep. My heart was pounding. My head was swimming. I can’t do this!

I cried a little. “This is a mistake!” I told my husband.

“No, it isn’t.” He replied, even though he would have loved nothing more than to scoop me up and take me home.

The nurse came in and handed me a box. “The doctor wants you to do an enema.”

I groaned, took the box, and told her I would do it. Normally, I was able to hold an enema for a while, but this time it was different. It was my first saline enema. Designed to clean me out. I couldn’t believe the urgency it gave me. I ran to the bathroom and my colon seemed destined to torture me until the end. 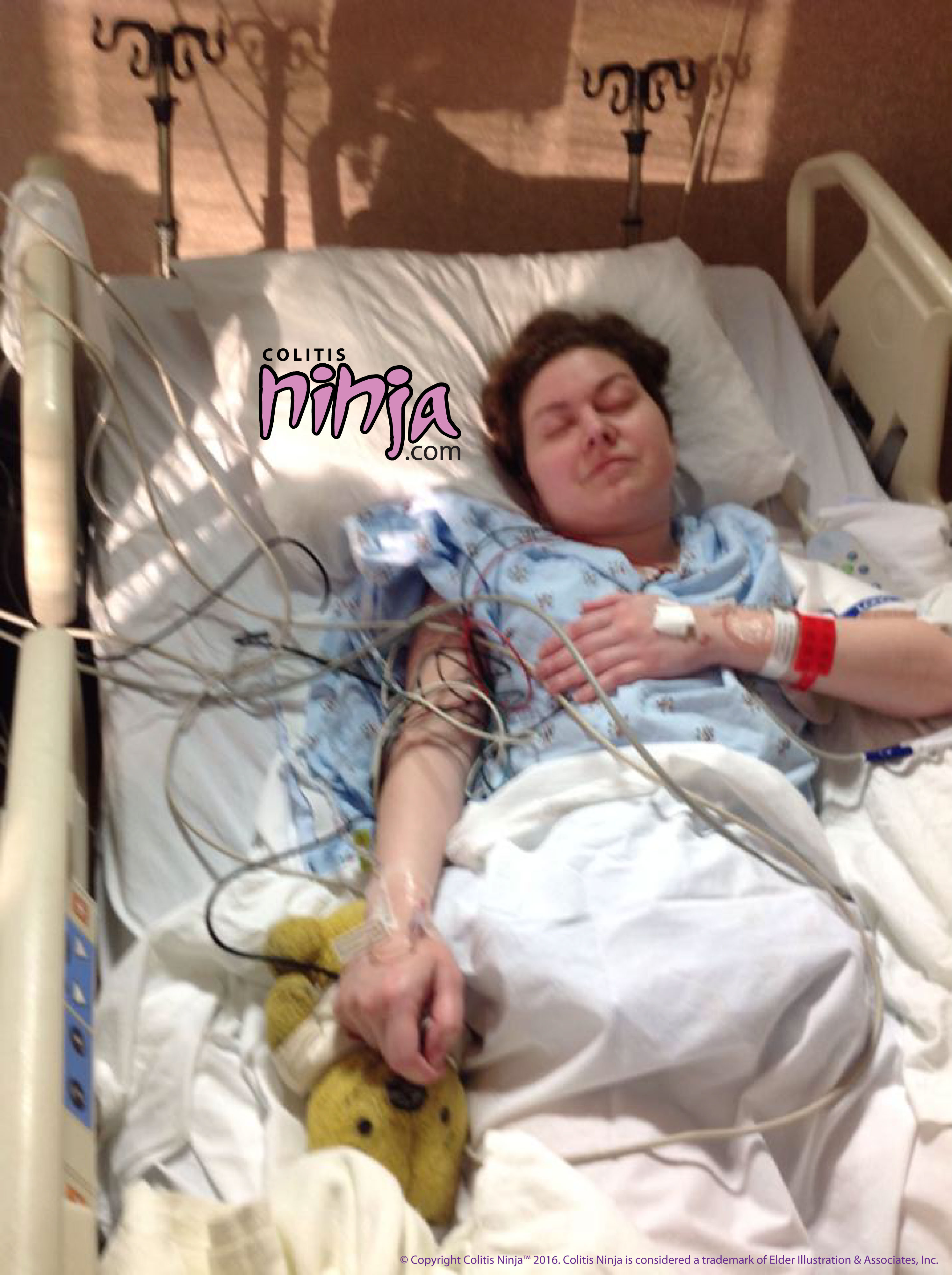 What on earth was going on? It seemed that only liquid and blood was coming out. And then only blood. It seemed to go on for an hour. I didn't think it would end. Finally it did and I walked out to see my husband.

Several people came into the room. “We’re ready for you” one of them said.

With one last kiss and an “I love you.” I said goodbye to my husband. Both of us afraid. Both of us on the verge of tears.

I don’t remember much after that. But I do remember waking up after surgery. The pain was excruciating. I would say an 8 on the 10 point pain scale. But it was a different kind of pain. It was one of triumph. My colon would never torture me again and I would live my life with an ornery, temporary loop ileostomy for the next three months until surgery number two.

I was only 11 when Crohn's changed my life forever.

When Your Life Comes Crashing Down