My Life Journey With Crohn's

I used to believe that my symptoms were a lifelong "consequence" of having my gallbladder removed. It was taken out in the early 2000's. But to be honest I don't know when my symptoms started to appear. I was always keeping my medicine cabinet stocked up on Pepto because I would have times when I would have diarrhea. I just figured that it was just a minor issue and nothing more and it never occurred to me to speak to my doctor about it. I never forgot the time when I had to walk (because I couldn't drive) several blocks from my apartment to the grocery store because I had severe diarrhea and I had to go to the store at 1-2:00 in the morning. I probably could have purchased stock in Pepto and made a good profit, LoL! I had a few accidents (embarrassing).

Anyways it wasn't until 2021 that my symptoms returned with a vengeance, only this time I had more. They came back in March and it took me a while to get in to the gastroenterologist. I originally thought of the problem being from my pancreas since I had the symptoms of it according to my sister (who was diagnosed with it) and I had a fecal elastase test done. It came back low at 96. But I was referred to a gastroenterologist and after I was able to consult with her she ordered a colonoscopy. A few weeks after that procedure was done, I followed up with her and she said that I didn't have enough symptoms to get the solid diagnosis of Crohn's. However, I requested a copy of the report of my biopsies and saw that Crohn's disease was mentioned. My diagnosis is according to the report acute erosive terminal ileitis. Treatment has not been discussed yet.

I have been instructed to take fiber supplements along with calcium citrate and D3 and to modify my diet. I am doing everything I have been instructed to and it's not making a difference really. I did switch to Tylenol as recommended by the gastroenterologist. I have a lot of inflammation and ulcers in my terminal ileum but there was nothing else affected. But the terminal ileum is where Crohn's is commonly found. I also have GERD and a small hiatal hernia on top of everything else. It's no wonder why my digestive system is a mess!! As for my pancreas I don't have a solid diagnosis of Exocrine Pancreatic Insufficiency yet. I do take prescription digestive enzymes but only because it is supposed to help me digest foods better. I don't know if anyone else here has more than one digestive condition but it would be great to meet you. 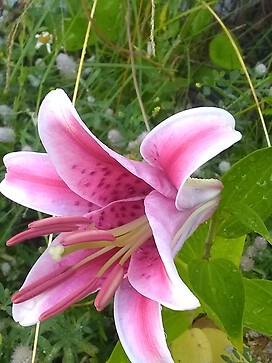