How a Lifestyle Change Saved My Life 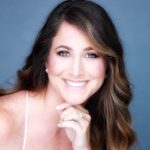 In the Summer of 2013, I had just gotten out of the hospital for my 4th Crohn’s flare over two years. I was taking a biologic at the time which was working pretty well, considering the previous medications I tried failed to get me into remission. I was devastated to find out that I was having another flare, despite multiple attempts to make me well. But then, I realized that my “attempt” to make me well was only medication. I needed something more. I needed a lifestyle change.

Recommendation from a nutritionist

I consulted with a nutritionist who came highly recommended from a friend who has UC. She recommended (or more so demanded) that I start a 100% gluten-free diet. She made it seem like it was a life-or-death situation and without it, my quality of life would remain poor. Despite her attempt to scare me into going gluten free, I realized that changing my diet vs. staying in my old ways meant happiness rather than misery. This meant staying in a hotel on vacation rather than staying in a hospital, going out with friends rather than staying home, and barely making it through the day rather than thriving in my life. Of course, I decided a happy and healthy life was worth way more than any gluten-containing food. I began my gluten-free lifestyle immediately.

As I navigated my new lifestyle–read: not a diet–I realized I had to make many changes to my current habits in order to be successful at helping my Crohn’s Disease get under control. I could no longer grab a bagel breakfast sandwich on the way to work. And eating wherever others suggested wasn’t always an option. I had to start preparing my own meals at home, packing snacks to take to work, and learn how to do all of this while maintaining a demanding work and social schedule. That in itself was scary and was a huge learning curve. But, per all of the reasons above, it was worth it.

And, since this was a completely different diet and lifestyle than I was following post-flare which included absolutely no fruits or veggies and primarily only carbohydrates, I had to figure out how to get vegetables in my diet without overdoing it on the rough fiber. I realized that rather than eating a lot of processed gluten-free pasta, it was healthier to eat spaghetti squash that was nutritious yet easy to digest. I also made smoothies in the morning–instead of the bagels–and threw in an extra handful of spinach to add iron to my diet. This was also easy to digest since it was ground up.

I was focused on fueling my body with only the highest-quality nutrients. I consumed as little processed food as possible. I significantly reduced the amount of refined sugar I ate, as I knew it was not doing my body or my gut any favors.

Almost six years later I am exactly where I have always wanted to be. It just took some time. Today, I am a healthy, happy, thriving, energetic entrepreneur and have been in remission with my Crohn’s Disease since August 2016. All of these habit changes were worth it. At one point, I was on 3 biologics at once. Now, I am on one that I inject once every 8 weeks.

I have come a long way

I wanted to share my story of how I took matters into my own hands and realized that it was more than just medicine to get my Crohn’s under control. I wanted others to see that there are plenty of options to help manage symptoms. No, it will not cure my disease, but I have come a long way from the girl I was just 6 years ago. I changed my diet, used food as a fuel as opposed to a filler, and turned it into my new, permanent lifestyle. I also listened to my body and didn’t force overly-fibrous ingredients into it when it couldn’t handle it. That didn’t mean I skimped on nutrients.

When my weight was significantly low and I needed to add some pounds to my tiny frame, I used healthy fats like avocado and smooth almond butter, rather than sugary sweets and Ensure, to put the pounds on. And, it worked.

We are all different, but this works for me

I know that doctors don’t like to talk “diet” or a certain way to eat when living with IBD. Our bodies are all different, as are the foods we can tolerate. However, I found a way to balance foods that are easy to digest yet nutritious so that I could keep my body and immune system strong and thriving. I could not be more grateful that life-changing decision I made in 2013. 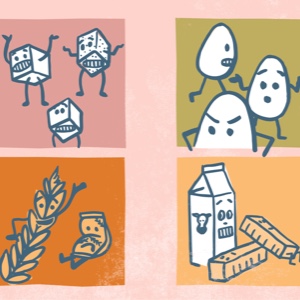 My “Unhealthy” Diet with UC 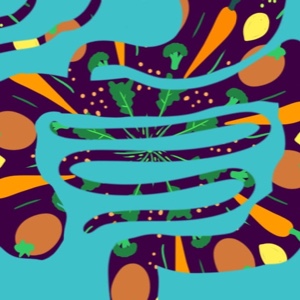 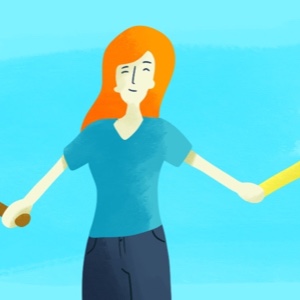 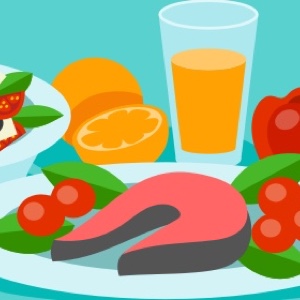 Crohn’s and the FODMAP Elimination Diet