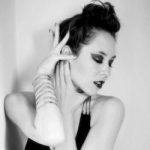 Crohn’s disease, as those of us know all too well, doesn’t just affect the digestive system. Because the digestive system is the mecca for health in our bodies, when it suffers, everything else suffers. In turn, our bodies can react in the strangest ways and produce weird symptoms that our doctors tend to forget to tell us about.

I was diagnosed with Crohn’s in 2011, so I have some years under my belt dealing with strange symptoms. One thing for sure is that I wish my doctor would have warned me against the weird ones so that I wouldn’t think the symptom had nothing to do with my Crohn’s when in actuality it had everything to do with it.

A list of some of the not-so-talked-about symptoms of Crohn’s disease:

When I was living in New York City, and experiencing weird scabbing in my nose, I thought it was just because of the cold weather. However, I never really had scabs in my nose ever so it was weird to experience. At the time when I got this symptom, I was on Remicade, and I thought it was a side effect from the drug. Well, it wasn’t until I switched medication and experienced the scabs again that I realized it was from my Crohn’s flaring.

That’s right, if you ever get scabs in your nose that make it feel like there is cement up your nostrils, you aren’t the only one. And yes, it’s your Crohn’s acting up. I get this symptom when I am in a bad flare and it only goes away when I get the inflammation under control.

I thought I was just really hot one night when I experience what felt like burning feet. Typically I run cold and I even used to be that girl that slept in socks, especially in winter. My whole life I’ve ran cold, so when I started to feel this symptom I thought it was the weirdest thing! It went through my head that maybe I was just growing out of being cold all the time and now I can be the girl that sleeps sockless.

No, it was the Crohn’s. So if you feel like the bottoms of your feet are on fire to the point that you can’t have them touch each other because of the heat, no you’re not crazy. You are flaring and it will go away once you get your flare under wraps.

I never had skin issues growing up and I don’t have sensitive skin. So when I broke in hives, I thought to myself well I must be having an allergic reaction to something. Or perhaps my lotion or soap is no good for me anymore. It was so weird breaking into hives because that never happened to me before and the last thing I thought about was it being the Crohn’s.

Well, just as you guessed, it was indeed my Crohn’s. I’ve broken out into hives badly on my back and right arm twice since my diagnosis and both times I was enduring a severe flare. So again, if you have experienced this, chances are it’s your Crohn’s.

Looking back, this one may have been one of the most frustrating. I wish my doctor would have explained to me, that eye inflammation is a symptom of Crohn’s disease. When I experienced this symptom, the onset happened overnight. I went to bed with a normal right eye, and I woke up to a swollen, red, right eye. It was so bad that I immediately thought I had a bad case of pink eye and called into work sick.

No, it was definitely not the pink eye, not even close. Again, I was flaring and it was an onset of Crohn’s that decided to inflame my poor right eye overnight. Just as you guessed it, it wasn’t until I was able to get the inflammation under control with Prednisone, that the inflammation went away.

How about you? Have you experienced any of these less talked about symptoms? If so share below, or even share some that aren’t listed.