I have had so many Crohn’s symptoms since November and it got really bad in December. As soon as my doctor did blood and fecal tests to rule out bacterial infections or any kind of food poisoning, he had me get my gallbladder checked the next week, and then another week later after seeing me still in so much pain and having so much abdominal tenderness and discomfort, I was sent to the GI suspecting Crohn’s. From there I was scheduled for more blood and fecal tests, gallbladder ultrasound, a HIDA scan, which has to be rescheduled because they couldn’t get an iv in, and just this past week the dreaded colonoscopy and endoscopy together. I wasn’t really able to stomach much the week before as I was really sick so I was sticking to soup, bread, and ensure before I had to start prep. The procedure went well, minimal inflammation and nothing scary. Doc said I could have internal hemorrhoids causing the occasional bleeding. They did take biopsies but I am waiting to hear back on that. I also had a fever the night after and into the next day. I know so many people have said they had luck with the pill cam. I’m just not sure if it’s worth it given such clean colonoscopy results. I was also taken off of dicyclamine (which gave very minimal relief) a few weeks ago as it was making me dizzy and now I have just been without anything and am in so much pain and discomfort. So I guess my question here is what should my next steps be? 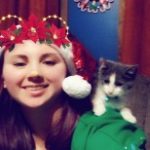